Whatever Happened to Coalition Building? 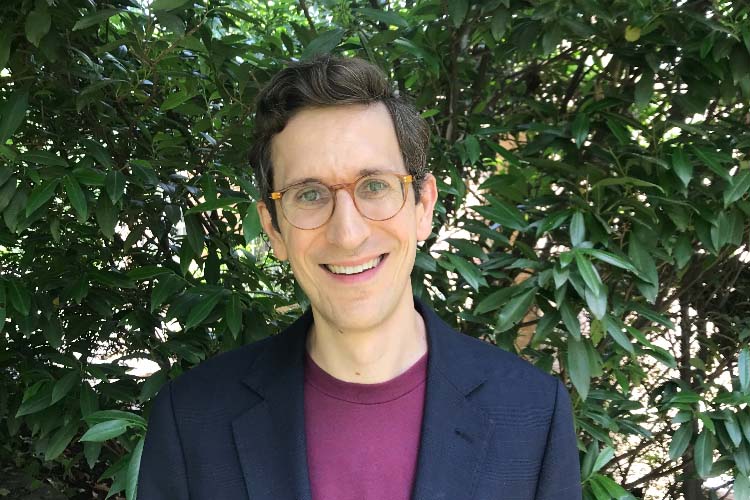 To Assistant Professor of History Timothy Shenk, America’s current political landscape too often resembles “the worst of both worlds.”

He describes a system that appears to be falling apart—at the same time that voters complain nothing ever changes. The gulf between elites and ordinary people is widening, polarization is at a highpoint and no one seems to agree if our institutions need defending or dismantling.

Into this maelstrom, Shenk, coeditor of Dissent magazine, has authored a new book called Realigners: Partisan Hacks, Political Visionaries, and the Struggle to Rule American Democracy (Farrar, Straus and Giroux, 2022). It’s a biography of American democracy told through historical figures who succeeded in something that seems impossible today: Building coalitions that bind millions of people together in a single cause.

Shenk focuses on profiles of the famous (James Madison and Alexander Hamilton, who worked together to forge a Constitutional consensus) and the footnotes (anti-slavery Senator Charles Sumner and anti-feminist firebrand Phyllis Schlafly, who both reshaped the Republican Party more than a century apart). But, as he recounted in an interview for this story, each portrait tells a story about how to maintain popular majorities—and how to lose them.

Q: What is the central question you address in your new book?

A: I’m grappling with the question of how you build a majority in our democracy today. Neither party has been able to put together an enduring majority since the collapse of the New Deal coalition. It’s easy in the United States to assume that every country faces that problem. But in parliamentary systems with many different parties—like, say, Israel—you have the election first and then you build the majority after. Here, you have to build majorities at the polls ahead of time. So the United States is unlike most countries because we need big majorities. And American politics today is unlike the historical norm because neither party can build a dominant coalition. That’s a problem.

Q: Why tell this story through individual lives?

A: The type of history that I do emphasizes the importance of ideas, including the ways they change over time. Concentrating on individuals is a great way to bring both of those dynamics into focus.

For instance, in this book, my main character for talking about Jacksonian Democracy—a major electoral coalition—is Martin Van Buren. He’s the intellectual architect of Jacksonian Democracy, but he’s also a key figure in the mainstreaming of anti-slavery politics. After serving as a Democratic president, he ran on a third party ticket as the first nominee of the Free Soil Party, which was a crucial forerunner to Abraham Lincoln and the Republicans. So how do you get from an avowedly white supremacist Jacksonian Democracy to an anti-slavery political revolution? By watching those changes unfold over one person’s lifetime, you can pull back to think about how much was changing within the country.

Q: What other figures in your book would surprise us?

Some are obvious, like Madison and Hamilton. I had a whole chapter on Lincoln that I tossed out. But that’s the thrill of history. You never want to write a book that says what we already know.

The book really came together for me when I realized the deep kinship across the ages between Charles Sumner and Phyllis Schlafly. That’s not a comparison that readily comes to mind. He was an anti-slavery leader at the time of the Civil War and most people know her as an anti-feminist who fought against the Equal Rights Amendment. But both had visions for building Republican majorities—in the 1850s and the 1950s. Both cared more about coalition-building than the activists of their time. Both were saying, “Hey, if you want to accomplish what you’re aiming for—whether that’s abolitionism in the 1850s or a populist right-wing agenda of the 1950s—then you’re going to have to win elections.”

The work of gaining power by mobilizing millions of people behind a common vision is distinctive. Today, by contrast, we have a sort of permanent activist class that is invested in politics as a way of defending their worldview, and doesn’t care quite so much about winning elections.

Q: So why can’t even the most influential figures maintain coalitions now? Is it just because we are so polarized?

In this highly-charged, fever-pitch atmosphere, it seems like everything is always at stake all the time. Compromise is inherently more problematic when you’re fighting cultural wars or denying election results than when you’re haggling over marginal tax rates or the wonkish intricacies of the federal bureaucracy.

Q: Where do we go from here? When you look at the political landscape, are you optimistic?

A: On both sides, there are hacks and frauds and malevolent actors aplenty in American politics. But I do think that there are still good faith actors across the right and left who sincerely believe in what they’re doing.

So much of democracy is about listening. That’s a hard thing for activists to keep in mind, because there’s an inevitable tension between trying to impose your will on the world and trying to listen to people. But over the course of writing the book I realized that there’s something noble, even beautiful, about listening to ordinary people and working to give them a country they can believe in.