With tensions between the U.S. and North Korea escalating, the prospect of a nuclear conflict has the world on edge. But Korean history PhD candidate Benjamin R. Young suggests that understanding the region’s past can help save its future.
January 10, 2018 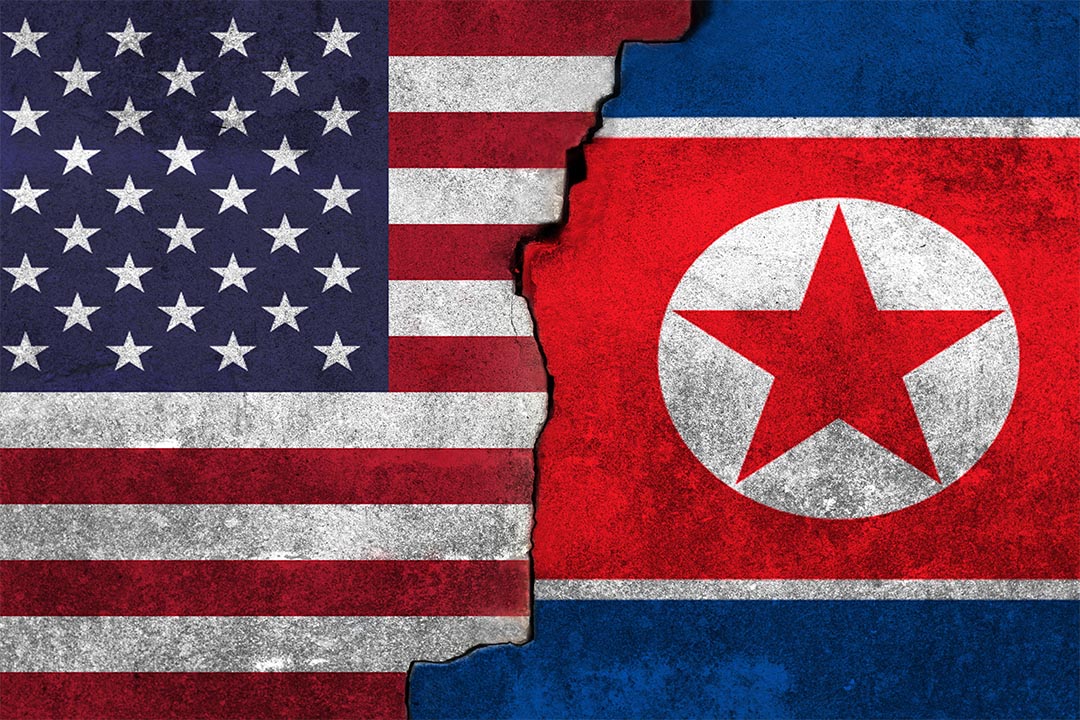 Few trouble spots around the world are as perilous as North Korea. With the Communist nation emerging as a de facto nuclear power, world leaders are searching for clues to its global intentions while trying to read the mind of North Korean President Kim Jong-un, the erratic leader that Donald Trump dismisses as “Rocket Man.”

But Benjamin R. Young, who is pursuing a doctoral degree in Korean history at Columbian College, argues that, while the Kim regime may be bellicose and unpredictable, it’s not impossible to dissect. A recent Fulbright scholar stationed in Seoul, Young has spent years probing North Korea’s foreign policy goals, with a trip to Pyongyang and numerous articles for academic journals and media outlets like The Washington Post and The Guardian. Young insists that North Korea can still turn away from a nuclear collision course with the West—if leaders on both sides heed lessons from the past.

Q: Your research has largely focused on North Korea in the Cold War era. How has the country changed since then?

A: Today North Korea is seen as an isolated nation­­—the pariah of the world. But during the Cold War, North Korea was an active international player. Not unlike Cuba, it was a country that wanted to influence newly decolonized nations in Africa, Latin America and Southeast Asia, sending weapons and military advisors. That changed in the 1980s when their economy slid downhill and the regime began focusing on developing a nuclear program.

Q: What is the mindset of North Korea today?

A: Frankly, they like their outlaw nation status. They see themselves as having defied the international order. North Korea wants to control its own destiny, and now, with its nuclear arsenal, it has the ultimate deterrent [to interference]. It has basically figured out the international game and has become a [nuclear power] without having the economy that typically requires admittance into that select group of nations.

Q: The Trump Administration’s approach to North Korea has consisted of tough talk that can seem antagonistic at times. Has it been successful?

A: I’m not a fan of President Trump, but I have to give him credit for trying to do something different. Trump believes that the long-term goal of North Korea leadership isn’t just self-preservation but reunification with South Korea. If you believe that North Korea wants to take over the peninsula, you cannot accept them as a nuclear power. He has called out North Korea as a state sponsor of terrorism. He has placed additional sanctions on them. He has also gone after Chinese banks that help North Korea get around those sanctions. There are even signs that the State Department wants North Korea to come to the negotiating table. Those are all good things.

What isn’t helpful are 3:00 a.m. tweets aimed at Kim Jong-un. North Korea is very unpredictable, and so is Trump. But you can’t out-North-Korea the North Koreans. That’s dangerous. They are much better at this game than we are. Trump needs to reassure the South Korean government that the U.S remains committed to the alliance and will assist South Korea if any conflict occurs. If the U.S-South Korea military alliance falls apart and North Korea sees an opportunity to destabilize South Korean democracy, the situation on the Korean peninsula could quickly turn from a war of words into an actual war.

Q: Based on your expertise, what advice would you give the administration on next steps?

A: First, we need to strengthen the U.S.-South Korea alliance. The administration needs to put their trade issues with South Korea on the back burner. [Current South Korea President] Moon Jae-in has made overtures about establishing a closer relationship with North Korea. He needs to back away from talk of unification. That’s not feasible in the current political climate and with North Korea’s belligerent missile tests. That kind of rhetoric just provokes Kim Jong-un to be more aggressive in seeking reunification and control of the peninsula.

We also need to do a better job of offering North Korea both the carrot and the stick. Right now, it’s all stick. There is a time and place for both. You don’t want to be seen as giving in to nuclear blackmail, but there needs to be some open lines of communications. We can’t remove sanctions, but we can slowly peel back if, say, North Korea agrees to halt testing for six months. Opportunities for negotiations do exist.

Q: Do you think nuclear confrontation with North Korea is possible?

A:  Both sides know that a conflict would destroy half the world, and I don’t believe either side will launch a preemptive military strike. What I am worried about are natural disasters or human error because North Korea’s nuclear weapons safety protocols are spotty at best. North Korea experiences earthquakes and has active volcanoes. Kim Jong-un was recently seen smoking a cigarette next to an untested nuclear missile. One reason getting to the negotiating table is so important is to bring in independent safety inspectors. We don’t want North Korea to become another Chernobyl because the result would be much, much worse. The regime has already shown that it cares very little about the welfare of its own people.

Editor’s Note: Young credits the support of Associate Professors of History Gregg Brazinsky, Jisoo Kim and Ed McCord as invaluable to his research on North Korea. “The scholars and specialists at GW are world-class," he said, "and, broadly speaking, the D.C.-region offers an incredible number of resources from the Library of Congress to the Wilson Center. I feel fortunate to have had the opportunity to study here.”