For Tambe, a Wider World of Women’s Studies

As the new director of the Women’s, Gender, and Sexuality Studies program, Ashwini Tambe focuses her scholarship across borders, disciplines and lives.
August 11, 2021 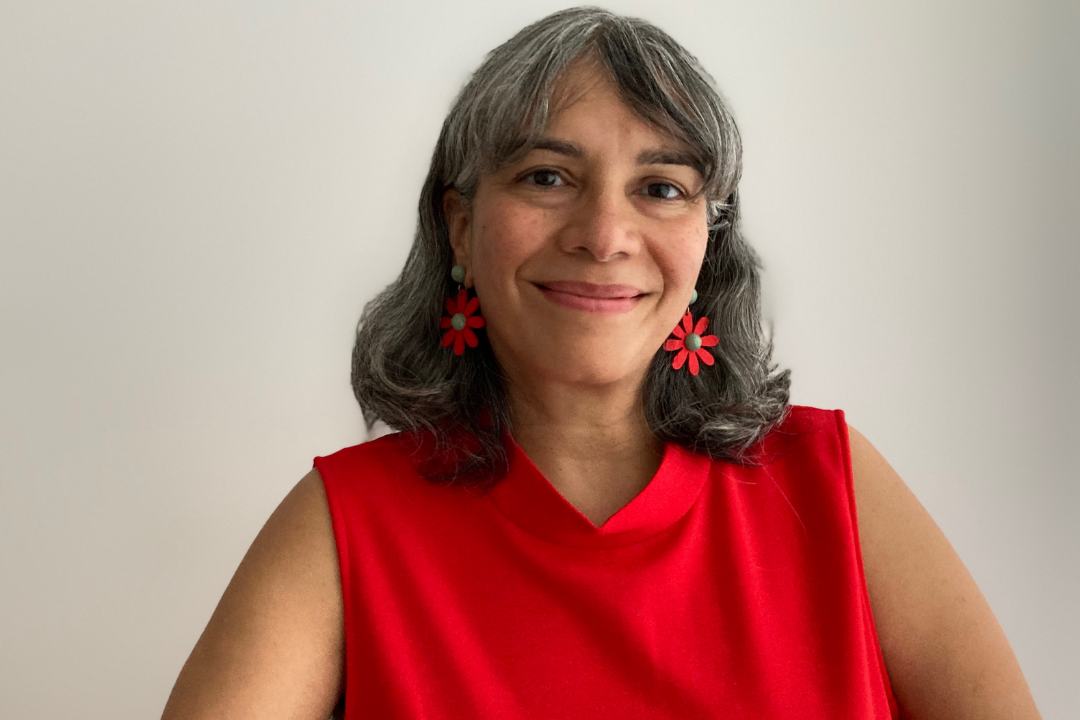 For Ashwini Tambe, the new director of Columbian College’s Women’s, Gender, and Sexuality Studies (WGSS) program and a professor of history, the seeds of her feminist activism may have been sown on a street in Bengaluru, India, at the age of 11. That’s when a young man speeding by on a bicycle slapped Tambe’s shoulder. Street harassment by men is a common problem in India, she explained. But even at a young age, Tambe refused to accept it. She chased after the assailant, pulling off her shoes and throwing them at the fleeing cyclist.

“That was not a life-defining moment but it’s an example of a time I had to be fearless,” Tambe noted with a laugh. “You have to be ready to stand up when things are unacceptable.”

That philosophy has guided Tambe in her activism and scholarship. The author of two books and two edited volumes and the editorial director of a flagship journal for women’s studies, Tambe is a leading voice in transnational feminism. She has researched the interplay of gender and power, from the streets of South Asia to the halls of Washington, D.C. As WGSS director, her goal is to continue connecting scholars’ agendas across academic disciplines, international borders and real people’s lives.

“I look forward to sustaining WGSS as a hub of intellectual nourishment for scholars focused on gender, race, class and power,” said Tambe, who previously served as a professor and interim chair in the Harriet Tubman Department of Women, Gender, and Sexuality Studies at the University of Maryland-College Park. “I am eager to help strengthen a community of students and professors who are hungry to make feminist ideas work in the world.”

Growing up in India and Malaysia, Tambe was inspired by feminist activism that centered on the needs of economically marginalized women. As a young scholar at Bangalore University and later pursuing her PhD in international studies at American University, she focused on how well-meaning laws can often produce unjust outcomes. Much of her work centers on how South Asian societies regulate sexual practices. Her first book, Codes of Misconduct: Regulating Prostitution in Late Colonial Bombay (University of Minnesota Press, 2009), traces the rise of Bombay’s red light district by examining how brothel workers responded to law-making and law-enforcement practices. Her second book, Defining Girlhood in India: A Transnational Approach to Sexual Maturity Laws (University of Illinois Press, 2019), analyzes how legal age standards for sexual consent changed across the 20th century in India. It explores how expectations of sexual innocence are unevenly applied to girls across class and caste groups. She is also the co-editor of Transnational Feminist Itineraries (Duke University Press 2021), which features essays by leading gender studies scholars confronting authoritarianism and religious and economic fundamentalism.

At GW, Tambe will continue serving as the editorial director of Feminist Studies, the oldest journal of interdisciplinary women’s studies in the United States and a premier venue for feminist scholarly and creative expression. Under Tambe’s leadership, the journal has shaped the canon of women’s and gender studies in areas like transnational and intersectional feminist theory while also charting new territory, such as a recent special issue on feminist analyses of the COVID-19 pandemic.

“We are thrilled to have Professor Tambe joining us at GW,” said John Philbeck, vice dean for faculty affairs and professor of psychological and brain sciences. “She comes to Women’s, Gender and Sexuality Studies at an exciting time for the program and we look forward to her leadership and scholarship in the years ahead.”

Throughout her career, Tambe has viewed her scholarship through a transnational lens—one that connects the United States with other parts of the world. For example, when discussing the MeToo movement, she noted, “people like to think that the United States lit the spark of activism against sexual harassment and the fire spread around the world.” But Tambe stressed that vibrant, digitally-driven activism against sexual violence emerged in many other regions. Her recent work connects U.S. activism to campaigns like Latin America’s Ni Una Menos movement against femicide, uprisings against sexual violence in India and South Africa’s efforts to reform higher education and address the nation’s rape crisis.

“There is a lot we can learn from activism outside the United States,” she said. “It’s our loss if we don’t look beyond our borders.”

As WGSS approaches its 50th anniversary in 2022, Tambe sees the current feminist landscape as historic—from the MeToo and Black Lives Matter movements to the impact of the Trump administration. “We are living through a time of strikingly high public interest in social justice, and I’m excited about generating, translating and applying the excellent research in our field for policy and activist arenas,” she said.

At GW, Tambe hopes to continue the program’s tradition of engaging scholars and students across disciplines. “I imagine WGSS drawing in people from various parts of campus for an exchange of ideas,” she said. “I hope to harness the good work happening in various programs and initiatives, and help lead conversations about what feminism means to different people and what it can do to create a better world.”