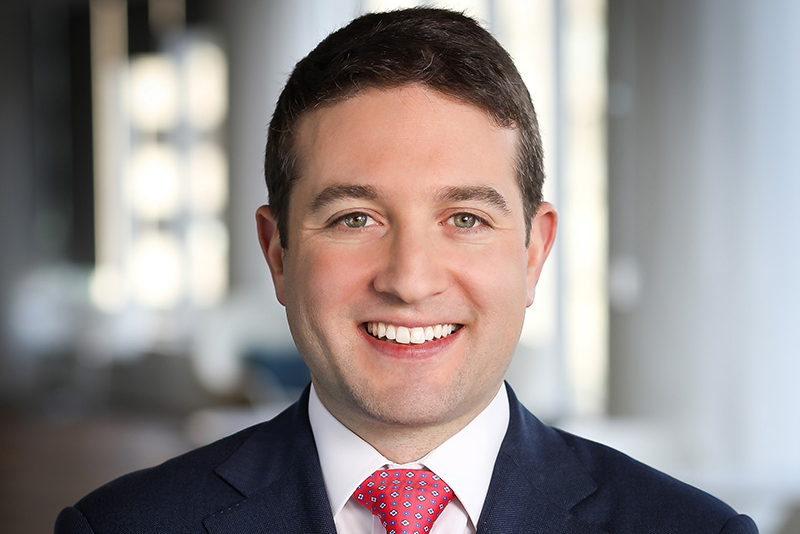 In a hallway on the third floor of the Capitol Building, Jake Sherman, BA ’08, heard shattering glass and loud voices. It was January 6 and Sherman, a veteran Congressional reporter who had just founded the news service Punchbowl News, expected to spend the day covering Joe Biden’s certification as the 46th president of the United States. He knew protests were planned, but, he said, “I didn’t think I’d find myself in the middle of a siege.”

Just 100 feet from him, rioters were breaking through a door and swarming into the building. Sherman hurried to his desk at the nearby House Periodical Press Gallery. For the next several hours, as a mob banged on the locked pressroom door, Sherman and other journalists reported eyewitness accounts of the chaotic scene engulfing the Capitol.

By 5 p.m., heavily-armed police officers escorted the press pool to a more secure location, until they were finally able to safely leave the building at 11 that evening. “It was a mess. There were windows smashed and glass everywhere,” Sherman recalled. “I definitely felt like my life was in danger. But there was nothing I could do—except my job.”

For more than a decade, Sherman’s job has been chronicling government policymakers and power brokers. A former journalism major in Columbian College’s School of Media and Public Affairs (SMPA) and a GW Hatchet editor, Sherman spent 11 years as Politico’s go-to Congressional reporter and co-writer of “POLITICO Playbook,” a must-read newsletter for Washington insiders. He has covered every major legislative initiative of the Obama and Trump presidencies, charted the tenure of four speakers of the House and snagged breaking news scoops on topics from budget battles to dual impeachments. He is a near-daily TV presence as a contributor to MSNBC and NBC News. In 2019, he and his Politico and Punchbowl News colleague Anna Palmer co-authored the New York Times bestseller The Hill to Die On: The Battle for Congress and the Future of Trump’s America, a prescient look at Congress during the first two years of the Trump presidency.

In many ways, Sherman said, the Capitol has become his second home. Although Congress can be overshadowed by media coverage of the White House, Sherman believes the legislative branch is the center of the political world and the heart of a democracy. To him, the riot felt like a personal assault. “It was upsetting, to say the least. The loss of life is horrible. I’ll obviously never forget this,” he said. “I’ve been working in this building for a very long time, and it was like someone broke into my house and tore it apart.”

Sherman co-founded Punchbowl News—which is named after the Secret Service codeword for the Capitol—with Palmer and fellow Politico alumnus John Bresnahan as an alternative to opinion-oriented journalism. With media outlets often geared toward niche audiences, Sherman hopes Punchbowl News will appeal to news-hungry readers who want a deep dive into the inner workings of power and politics.

“There are some people who hate Mitch McConnell or hate Nancy Pelosi and that's all they are interested in,” he said. “I hope our readers are coming to us not for confirmation of that hatred, but for insight and information, to understand what decisionmakers like McConnell and Pelosi are doing and why they are doing it.”

A 2018 Alumni Achievement Award recipient, Sherman credits GW with forging his success in journalism. He learned how to navigate both the journalism and political spheres from the Hatchet— “the most important institution in my life”—and faculty mentors like former SMPA Director Frank Sesno and the late Assistant Professor of Media and Public Affairs Michael Shanahan. As a journalist, “I may be outraged at various things—and my outrage may be justifiable—but at the end of the day, I have to keep that outrage to myself,” he said. “My job is to call balls and strikes.”

During the tumultuous Trump administration, Sherman was on the frontlines of the ex-president’s often rocky relationship with Congress. He interviewed Trump in the Oval Office, describing their professional relationship as “unremarkable.” Indeed, Sherman said the COVID crisis has been more disruptive than the whirlwind news cycle. In addition to being tested several times a week, he and his colleagues have had to operate with less access to lawmakers, working the phones more than tracking down sources for Capitol hallway interviews.

Sherman doesn’t expect the Biden administration to buffet the press with 3 a.m. Tweet-storms, but he knows the pace of political reporting never slows down. “I'm a breaking news adrenaline junkie. I’m up at 3 a.m. anyway,” he laughed. And while his high professional profile can translate into less time with his wife and two young children, he never tires of the Capitol beat. “It’s the greatest job in the world,” he said. “I can’t imagine doing anything else.”