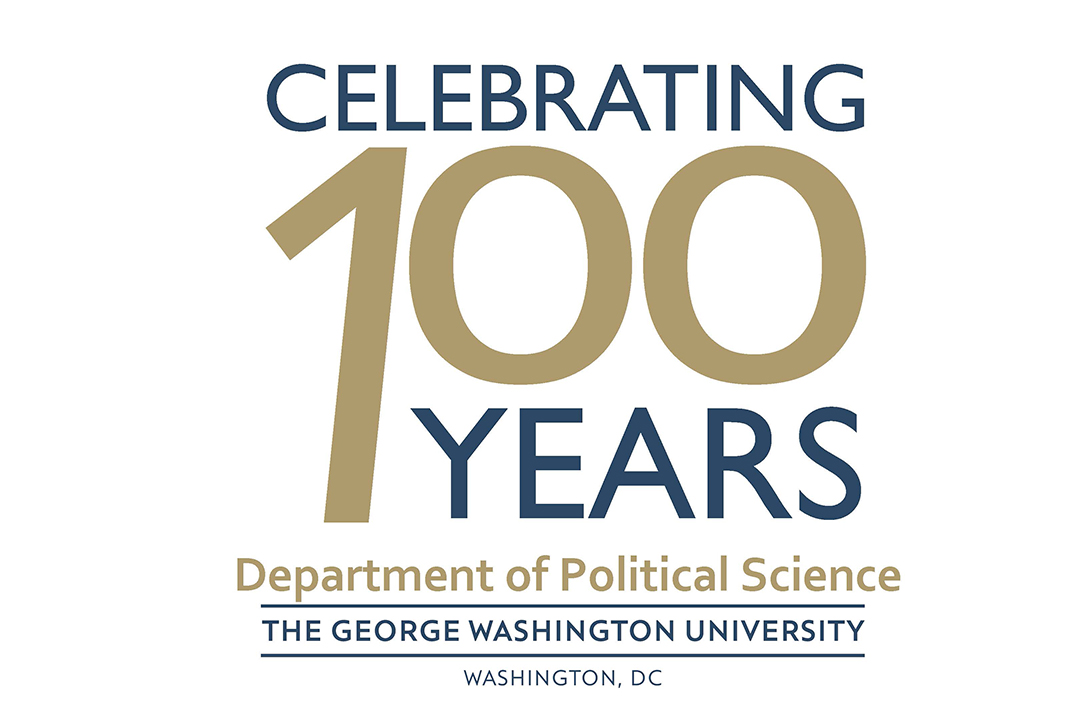 Woodrow Wilson was in his first year as president of the United States, suffragettes were demanding equal voting rights for women, and garment workers in New York and Boston took to the streets to protest low wages and long hours. The year was 1913, and at GW a new Political Science Department was in its infancy.

At the time, the department consisted of just three faculty members who taught 14 courses and trained students for “consular and diplomatic positions and for the public service of the United States.” From that humble beginning, the political science program at GW has come to occupy a prominent national position, consistently ranked among the top programs in the country. Over the course of a century, it has grown to serve more than 700 undergraduate students, 100 graduate students, and 49 full-time faculty members—one of the largest of Columbian College’s 42 departments and programs. Among its alumni are college presidents, members of Congress—including current Senator and former Virginia Governor Mark Warner (BA ’77)—federal and state judges, and notable professionals in law, business, academe, and research.

“We are proud of the fact that our department has touched the lives of thousands of alumni over the years and of the diverse contributions they have made to their communities,” said Paul Wahlbeck, chair of the department since 2005. “It’s exciting to think about how we provided the foundation for that service.”

Political science at GW traces its origins to the Department of Jurisprudence and Diplomacy, which launched in 1898 and offered graduate and professional studies in close affiliation with the law school. In 1907, with the addition of undergraduate course offerings, the College of Political Sciences was born. Following a financial crisis in 1913, Columbian College incorporated the program as a department.

Two periods of exceptional growth followed. The first occurred after World War II when the department doubled from six faculty members in 1944 to 12 in 1949. The second growth spurt came in the 1960s during a university-wide expansion that resulted in 24 full-time political science faculty members.

Christopher Deering, a professor of political science and former department chair, arrived at GW in 1978 and remembers when the departmental faculty was half its current size.

“Over the years, political science expanded as the university’s student body grew larger, which presented both a challenge and an opportunity,” said Deering. “It was a challenge to fashion a program that was appropriate to the goals and aspirations of undergraduates, professionally oriented M.A. students, and doctoral students interested in both the policy world and in academic research. It was an opportunity because an expanding faculty meant new hires, and new hires are always a means to achievement.”

Forward progress continued from there. “I think most faculty will agree that hiring Lee Sigelman to be department chair in the early 1990s was a key point in the department's development,” noted Deering.

Sigelman came to GW with the mandate to develop a premiere, world-class political science program in the nation’s capital. With a focus on scholarly productivity and a push to attract the best in the field, he aggressively recruited faculty members with an interest in cutting-edge research—scholarship that would be published in top academic journals.

“He was a major figure in encouraging faculty to seek out publication in the very best outlets the field has to offer,” said Wahlbeck. “The department’s reputation grew with the success of the faculty he brought, and that continues today.”

Sigelman was also a highly respected scholar and prolific author celebrated for his exacting standards and broad experience. During his tenure, he was the editor of the American Political Science Review, the discipline's flagship journal. This high-profile position further broadened the department’s impact and exposure. After Sigelman’s death from cancer in 2009, students and faculty memorialized him through their participation in the American Cancer Society’s Relay for Life.

“Lee brought a sense of direction, excellence, and collegiality to the department,” said Deering. “That was essential to our ‘great leap forward’ from being a very good department in the ’70s and ’80s to a Top 20 department today.”

With nationally recognized emphases in American politics, comparative politics, and international relations, today’s faculty and students are sharply focused on issues of global importance. The department’s location near the centers of power offers clear advantages, most notably access to the many resources of the nation’s capital.

“We go well beyond the basics of political science by offering classes on all sorts of topics that are more specialized and of great interest to our students,” Wahlbeck said. Those courses include The Internet and Politics, Supreme Court Decision Making, and Ethnic Politics in Eastern and Central Europe.

Faculty continue to publish regularly in the discipline's top journals and presses, and prestigious research grants are awarded by such notable organizations as the National Science Foundation, the Robert Wood Johnson Foundation, the U.S. Institute of Peace, the Russell Sage Foundation, and the Woodrow Wilson International Center for Scholars.

Students like Matthew Gerstenberg, now in his junior year, have benefited from faculty connections to government agencies, nonprofit institutions, and other organizations.

“I give a lot of credit to the political science department for many of the interviews I have had over the year with fantastic employers like People for the American Way and the Center for American Progress,” said Gerstenberg. “What has stood out the most is the wide range of classes allowing me to explore many different subfields of political science, as well as the passion for the subject by the professors.”

He is also impressed with the faculty’s popularity among media outlets, many of which rely on a scholar’s expertise to provide comment on stories of interest. “One minute your professor may be teaching a class about executive politics, immediately followed by a nightly visit on C-SPAN, the country's premier television show for politics,” Gerstenberg noted.

Among the department’s noted faculty are Martha Finnemore, a member of the exclusive American Academy of Arts and Sciences; Sarah Binder, a top congressional scholar; and John Sides, a founder of The Monkey Cage, a popular political science blog. In 2001, a survey conducted by a team of international relations scholars at the College of William and Mary ranked the department 11th for the quality of incoming faculty. A decade later, the survey listed two of the faculty – Finnemore and Michael Barnett—as scholars producing some of the best work in the field. Also in 2011, a survey by the Teaching, Research, and International Policy project ranked the department’s doctoral program in international affairs as 15th in the nation.

Doctoral student Alyx Mark values the many opportunities the department offers for growth and collaboration, critical to a competitive academic job market. She has worked on several projects that resulted in book chapters, and received a small grant from the department to help fund her dissertation study on the impact of individuals’ interactions with civil legal assistance in the United States, as well as congressional attention to legal services over time.

As it marks its centennial, political science at GW is celebrating the achievements of students like Mark and the many others who came through its programs.

“Our future will be shaped by our current undergraduate and graduate students,” said Wahlbeck. “They are engaged in classes—reading scholarship, writing papers, and discussing the issue of the day. They are engaged in research, winning fellowships and grants to support their projects. And they are engaged in Washington, serving as interns for elected officials, government agencies, and advocacy groups.”

“Our students are preparing their own career path,” he added, “and I look forward to hearing their success stories in the years ahead.”

The Department of Political Science will celebrate its 100th anniversary on September 28, in conjunction with GW’s Alumni Weekend. Read more.