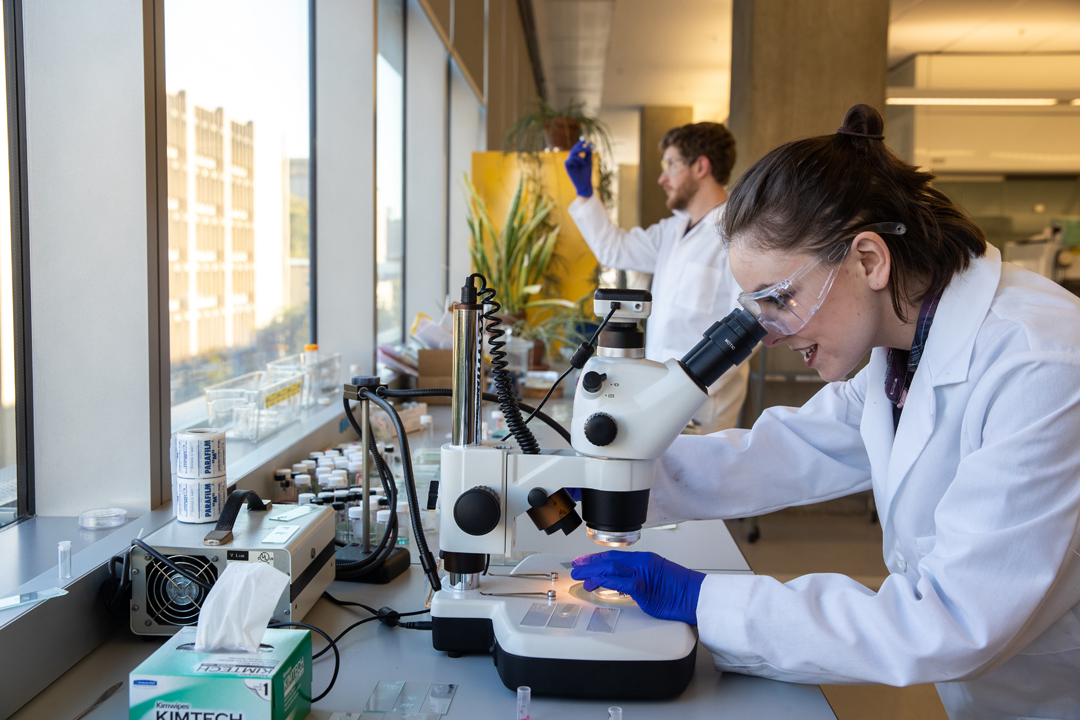 Over the past academic year, Columbian College faculty received a significant number of grant awards to support innovative research across the disciplines. From combating climate change in the Arctic to finding life in the ocean depths to reviving the American chestnut tree, scholars are forging new pathways of knowledge. The following are recent major awards of $100,000 and above:

Christopher Brick (History): $196,700 from the National Archives and Records Administration in support of the Eleanor Roosevelt Papers project.

Leon Grayfer (Biology): $750,000 CAREER award from NSF for his studies on amphibian immune responses to ranaviruses that contribute to the worldwide decline in the amphibian population.

George Howe (Psychology): $200,200 from NIH for a study to prevent suicide risk in sexual and gender minorities.

Vera Kuklina (Geography): $394,500 from NSF to study the impact of undocumented transportation pathways on remote communities in Siberia.

Sharon Lambert (Psychology): $176,900 from NIH to study development and malleability from childhood to adulthood.

Hua Liang (Statistics): $448,000 from the U.S. Department of Defense to develop software for pharmacodynamics and bioassay studies.

John Lill (Biology): $140,600 from the U.S. Department of Agriculture for a project to protect the American chestnut through proactive taxonomy and phylogenetics of chestnut gall wasps.

Arnaud Martin (Biology): $238,900 from NSF for research on the developmental architecture of structure and color on butterfly wings.

Michael Massiah (Chemistry): $450,000 from NSF to investigate the function of a key class of enzymes called RING E3 in cellular protein recycling.

Weiqun Peng (Physics): $598,100 from NIH for research on enzymes that regulate follicular helper T-cells for the human body’s immune systems.

Scott Powell (Biology): $287,800 from NSF to develop a new framework for explaining how ant colonies create well-functioning transportation systems via a process of gradual modification rather than design.

John Sides (Political Science): $300,000 from the Democracy Fund, $200,000 from The William and Flora Hewlett Foundation and  $191,100 from the New Venture Fund to support the “Monkey Cage” column in The Washington Post.

Malathi Thothathiri (Speech, Language, and Hearing Sciences): $1,663,000 from NIH to research cognitive control and sentence processing among people with aphasia.

Akos Vertes (Chemistry): $1,300,000 from the Intelligence Advanced Research Projects Activity for the Proteos Program, a multi-year project to develop a new human identification method based on the analysis of proteins metabolomics.

Note: Dollar figures are rounded to the nearest thousand.