For her Pandemics in Italian Literature class, Lynn Westwater scoured classic novels and centuries-old chronicles about disease outbreaks for stories that reflect today’s struggles.
May 13, 2021 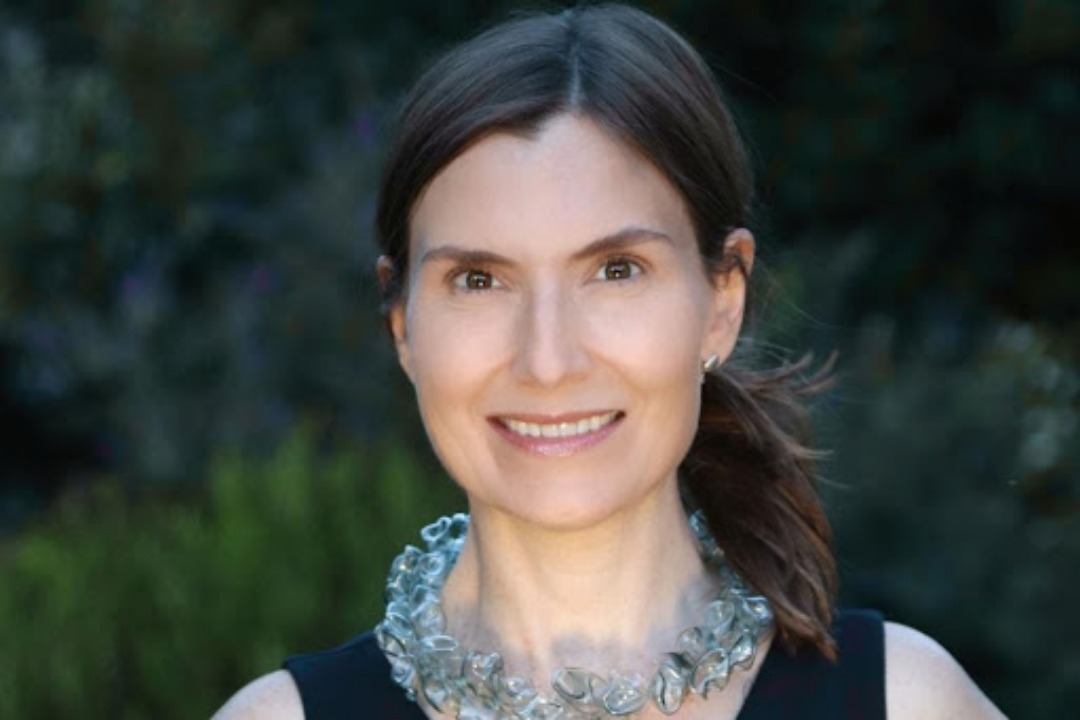 Lynn Westwater, professor of Italian and director of the Italian Language and Literature Program.

As the deadly pandemic ravaged society, the public coped in wildly different ways. Some locked-down in isolated communities. Others threw caution to the wind and flaunted safety restrictions. And many uneasily went about their normal routines, covering their faces to protect against the disease.

But this isn’t a COVID-19 story. It’s a scene from Giovanni Boccaccio’s 14-century masterpiece The Decameron, an Italian novel set in the 1340s as the bubonic plague—or Black Death—swept through Europe.

Lynn Westwater, professor of Italian and director of the Italian Language and Literature Program, has studied The Decameron for years. But rereading the seminal work in summer 2020, she found it impossible to ignore the parallels between Boccaccio’s Black Death and the COVID crisis. From the Florence revelers who treated the outbreak as “one enormous joke” to the city residents who shrouded their faces in flowers and herbs to breakdowns in social norms and a crisis of authority, each page seemed to mirror today’s pandemic.

“My colleagues and I are marveling at how we understand The Decameron in a new way now that our own society has been threatened by a pandemic,” Westwater said.

During the spring semester, Westwater shared those insights with her students in a new course called Pandemics in Italian Literature and Culture: From the Black Plague through COVID-19. Following 700 years of Italian history through classic novels and films, she traced how contagious diseases periodically laid waste to people and communities up and down the Italian peninsula—from the Black Death, which killed as many as 200 million people in Europe in just four years, through epidemics of cholera, tuberculosis and AIDS. The class explored how cultures are transformed by diseases, how works of art offer perspectives that science and history may miss and what the stories about pandemic diseases from the past tell us about our current struggles.

“I hope through literature and culture that I can help students to gain a historical perspective and also to make sense of this disease that’s having such a big impact on our lives right now,” Westwater said.

The interdisciplinary class—Westwater’s 13 students included geography, public health,  engineering and finance majors—used literary works such as “The Decameron” and Thomas Mann’s “Death in Venice” as jumping off points for wide-ranging discussions. While debates touched on evolving medical techniques and changing public health policies, Westwater encouraged her students to explore the power of literature to inspire empathy—even toward centuries-old tragedies—by offering an intimate glimpse at societies in crisis rather than studying them from a historical distance.

Whenever possible, she urged the class to use the famous texts as windows into the current crisis, noting similarities to the COVID pandemic’s impact on institutions and people’s lives. Early in the semester, Diane Harris Cline, associate professor of history and classical and ancient near eastern studies, visited the class to describe how the plague ignited political instability in 5th century B.C., Athens—even as masks and vaccines became hot-button issues in American politics. Likewise, Alessandro Manzoni’s 1827 classic The Betrothed, considered the most widely known novel in the Italian language, features societal outcasts scapegoated by a plague-panicked public, while other works highlighted the stigma surrounding modern diseases like AIDS. “In terms of the social effects of diseases—the ways in which they’re destabilizing, the ways in which they create fear-based reactions—the students found the situations that the texts described eerily familiar to today’s,” Westwater said.

Some students added their own expertise to the course content. Senior geography major Sarah Kallgren gave a presentation on how a London doctor used city maps to trace an 1850s cholera outbreak to a contaminated well. “I enjoyed looking to the past to reflect on the present,” she said. “I feel like I can understand their story on a deeper level.” Senior Elizabeth Rhoads explored the glamorization of tuberculosis in Italian operas like La Boheme and La Traviata, showing how romantic depictions of frail heroines “created new standards of beauty,” she said.

Meanwhile, Westwater says the next generation of pandemic literature is already being written. A collection of modern Italian stories by writers in COVID quarantine called Andrà tutto bene (“Everything Will Be Fine”) was published in spring 2020 and, Westwater explained, fits a literary tradition of using art to reflect on societal upheaval. “These moments of collective trauma tend to fuel cultural production,” she said. “I have a feeling that there will a flowering of art and literature and music in reaction to this disease, as artists reflect on where we have been—and how we move forward.”