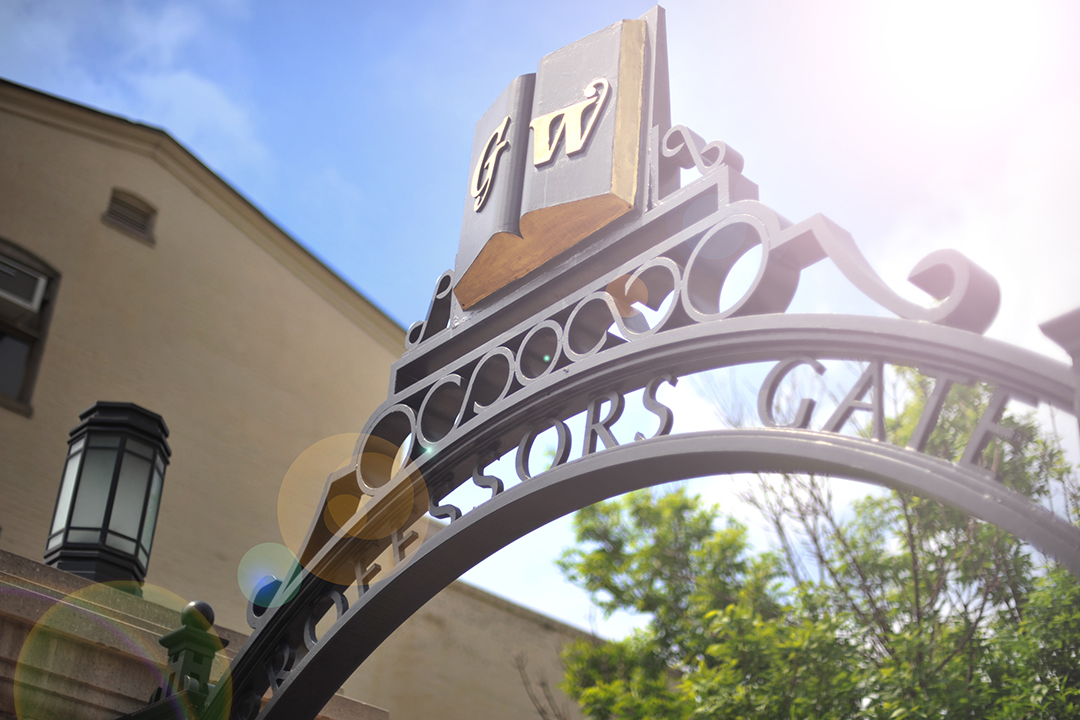 Columbian College welcomed 24 new full-time faculty members this year, bringing the total number of full-time scholars to 523. Each of these academics adds skills and expertise that enhance the college’s strengths in disciplines across the sciences, social sciences and humanities.

Abigail Agresta, Department of History, holds a PhD in history from Yale University and a Master of Studies in medieval history from Oxford University. Prior to coming to GW, she was the Marjorie McLean Oliver Post-Doctoral Fellow in the Department of History at Queen’s University in Ontario. She speaks seven languages, including Catalan, Spanish, Latin, French, Italian and German, and is one of the authors of the forthcoming book Humans and Environment in Medieval Iberia.

W, Andrew Barr, Department of Anthropology, received his PhD in anthropology from the University of Texas at Austin. He has served as a visiting assistant professor and postdoctoral scientist in the Center for the Advanced Study of Human Paleobiology at GW since 2014. His areas of expertise include paleoanthropology, paleoecology, and the environmental and ecological context of early human evolution in Africa. He is also a research associate and software developer for PaleoCore, a National Science Foundation initiative to create data standards and digital infrastructure for paleoanthropology.

Barbara Benitez-Curry, School of Media and Public Affairs, holds an MFA in creative writing from Queens University of Charlotte.  As a journalist for CNN, CTGN and Al Jazeera International, she has reported on some of the top stories of the last two decades, including the capture of Saddam Hussein and the 2004 Indian Ocean tsunami. She won a Peabody Award for her CNN coverage of Hurricane Katrina. Previously, she taught newswriting, mass communications and media and society at Towson University.

Stephen Boyes, Department of Chemistry, earned his PhD in chemical engineering from the University of New South Wales in Australia. He was an associate professor in the Department of Chemistry and Geochemistry at the Colorado School of Mines and is a member of both the American Chemical Society and the International Union of Pure and Applied Chemistry. His current research involves polymer synthesis, nanomedicines and tissue engineering.

Carlos Bustamante, Department of Sociology, holds a PhD in sociology from the University of California, Berkeley. Before coming to GW, he was a postdoctoral research associate at the State University of New York at Albany in its School of Criminal Justice. His areas of interest include law and society, crime and deviance, race and ethnicity, urban sociology, policing and interview methods. He belongs to a number of professional societies, including the American Sociological Association, the American Society of Criminology and the Latin American Studies Association.

Michele Carlson, Corcoran School of the Arts and Design, holds an MA in visual and critical studies and an MFA in printmaking from California College of the Arts, where she was an associate professor and executive director of Art Practical, the college’s visual arts publishing organization. Her work has been exhibited at numerous venues including the San Francisco Museum of Modern Art, the San Francisco Arts Commission Gallery, the Korean Cultural Center of Los Angeles and Kearny Street Workshop, the oldest Asian Pacific American arts organization in the country.

Matthew Eich, Corcoran School of the Arts and Design, earned his MFA in photography from the University of Hartford. A photographic essayist, his work has appeared in The New York Times, National Geographic, GQ, BuzzFeed and WIRED. He is the author of three monographs of photographs, Carry Me Ohio; I Love You, I'm Leaving; and Sin & Salvation in Baptist Town. He was a lecturer of photography at GW in 2017-2018.

Dina El-Hefnawy, Department of Classical and Near Eastern Languages and Civilizations, holds an MA in teaching English as a foreign language from the American University in Cairo. She has been an adjunct Arabic instructor at GW since 2011. She has taught Arabic at the University of Pittsburgh and the University of Maryland, and English at United Arab Emirates University in Al-Ain.

Mohammad Faghfoory, Department of Religion, received his PhD in history and Middle East studies from the University of Wisconsin. He came to GW in 2005 as a professorial lecturer and became the director of the MA Program in Islamic Studies in 2013. He has written, translated and edited 12 books and numerous scholarly articles. He has taught at the University of Tehran and has been a visiting scholar at the University of California-Los Angeles, Islamic Manuscripts Specialist at Princeton University and the Library of Congress. His areas of expertise include Islam, Shi'ism, Islamic political thought, Sufism and Islamic intellectual history.

Alessandra Fenizia, Department of Economics, holds a PhD in economics from the University of California, Berkeley, where she was a graduate student instructor and research assistant. Among her awards and honors are an Institute for Research on Labor and Employment Fellowship and an Economics Department Fellowship, U.C. Berkeley. She has published scholarly research on the health effects of Cesarean delivery and the economic ties between the Mafia and the Italian state.

Omar García-Ponce, Department of Political Science, earned his PhD in politics from New York University. He was previously an assistant professor of political science at the University of California, Davis, and a Post-Doctoral Fellow at the Center for Global Development. His research has tracked gun violence across the U.S.-Mexico border, investigated electoral integrity in Mexico and charted the agricultural growth of the Mexican drug sector.

Pauline Goul, Department of Romance, German & Slavic Languages & Literatures, received her PhD in French literature from Cornell University, where she won the Dean’s Award for Distinguished Teaching. She also holds a double BA from the Université Paris la Sorbonne in English literature. Before coming to GW, she was a visiting assistant professor in the Department of French and Francophone Studies at Vassar College. She specializes in early modern literature, environmental criticism and cultural and visual studies.

Ling Hao, Department of Chemistry, holds a PhD in pharmaceutical sciences from the University of Wisconsin-Madison, where she was a guest lecturer in the Department of Chemistry. She was previously a postdoctoral fellow at the National Institutes of Health in the Neurological Disorders and Stroke Division. Her research has appeared in Nature, Scientific Reports and Analytical Chemistry. Her areas of expertise include bioanalytical chemistry, mass spectrometry, proteomics, metabolomics and neurodegenerative diseases.

Sara Jamshidi, Corcoran School of the Arts and Design, earned her MA in visual communication from the Royal College of Art in London. She was previously an adjunct faculty member at Maryland Institute College of Art and a graphic designer at Top Shelf Design in Arlington, Va. Her work has been exhibited internationally at Dubai Design Week, Typographic Singularity in London and AIGA 50 Books 50 Covers in New York. Her current project explores Iran’s cultural history through the visual language of its stamps.

Sandy Kawano, Department of Biological Sciences, holds a PhD in biological sciences from Clemson University. Prior to coming to GW, she was an assistant professor in the Department of Biological Sciences at California State University, Long Beach. Her research on “fins and limbs,” which compares the evolution of locomotion in land and water animals, has been published in major scholarly journals including Evolutionary Ecology and the Journal of Experimental Biology, and has been cited in media outlets such as the Los Angeles Times, The Washington Post and The Wall Street Journal.

Elira Kuka, Department of Economics, earned her PhD in economics from the University of California at Davis. Before coming to GW, she was an assistant professor of economics at Southern Methodist University. She has authored numerous articles in peer-reviewed journals including the American Economic Review and the Journal of Human Resources. She has been a Research Fellow at the National Bureau of Economic Research and the Institute of Labor Economics in Germany. Her research specialties include public economics, labor economics, economics of education and health economics.

Janet Lewis, Department of Political Science, holds a PhD in government from Harvard University. She comes to GW from the United States Naval Academy where she was an assistant professor of political science. She has trained African militaries in peacekeeping skills with the U.S. Institute of Peace and the RAND Corporation, and has worked in conflict resolution in Greece and Croatia with the nonprofit Seeds of Peace  She is the author of the forthcoming book How Insurgency Begins: Rebel Group Formation and Failure in Uganda.

Yisheng Peng, Department of Organizational Sciences and Communication, received a PhD in industrial/organizational psychology and developmental psychology from Bowling Green State University. Previously, he was an assistant professor at Hofstra University. His work has appeared in major peer-reviewed publications, including the International Journal of Stress Management, the Chinese Mental Health Journal and the Journal of Business and Psychology. His areas of expertise include aging and older worker issues, stress and stress coping, workplace mistreatment and proactive work behavior.

Cecilia Shelton, University Writing Program, earned her PhD in rhetoric, writing and professional communication from East Carolina University, where she was the graduate assistant director of the University Writing Center. She has authored articles for the Interdisciplinary Journal of Popular Culture and Pedagogy and Praxis: A Writing Center Journal. She is a member of several professional organizations including the National Council of Teachers of English and the Coalition of Feminist Scholars in the History of Rhetoric and Composition.

Heather Stebbins, Corcoran School of the Arts and Design, holds a Doctor of Musical Arts in music composition from Boston University. A composer of acoustic and electroacoustic music, her works have been performed in North America, South America, Australia, Asia and Europe. Her EP You Are Not Stone features works for viola and interactive electronics. She was a Fulbright Fellow at the Estonian Academy of Music and Theater.

Rebekah Tromble, School of Media and Public Affairs, received her PhD in political science from Indiana University. She was an assistant professor at the Leiden University Institute of Political Science in the Netherlands, where she was also the founder and co-director of the Data in Democracy Initiative. Her research focuses on media and politics; digital research methods and ethics; and computational social science. She has conducted extensive fieldwork in the former Soviet Central Asia, where she examined political discourse about Muslims and Islam.

Mary Tschirhart, Public Policy and Public Administration, earned her PhD in organizational behavior and human resource management from the University of Michigan. She comes to GW from the John Glenn College of Public Affairs at Ohio State University. She directed North Carolina State University’s Institute for Nonprofit Research, Education and Engagement and was president of the Association for Research on Nonprofit and Voluntary Action. She authored the books Artful Leadership: Managing Stakeholder Problems in Nonprofit Arts Organizations and Managing Nonprofit Organizations.

Lin Wang, Department of Statistics, holds a PhD in mathematics from Nankai University, China, and a PhD in statistics from the University of California, Los Angeles, where she received the university’s Award for Most Promising Statistician. Her research interests include design of experiments, statistical learning, bioinformatics and big data reduction and analysis. She has been a teaching fellow for courses in statistical reasoning, probability and statistical programming.

Ellen Yeung, Department of Psychological and Brain Sciences, received her PhD in social psychology from Arizona State University. Previously, she was a postdoctoral research fellow at the University of Missouri at Columbia, where she participated in a renowned study on the psychology of alcohol use and addiction training. She has published articles in numerous peer-reviewed journals including the Journal of Behavioral Medicine, the Journal of Psychosomatic Research and the Journal of Social and Clinical Psychology.