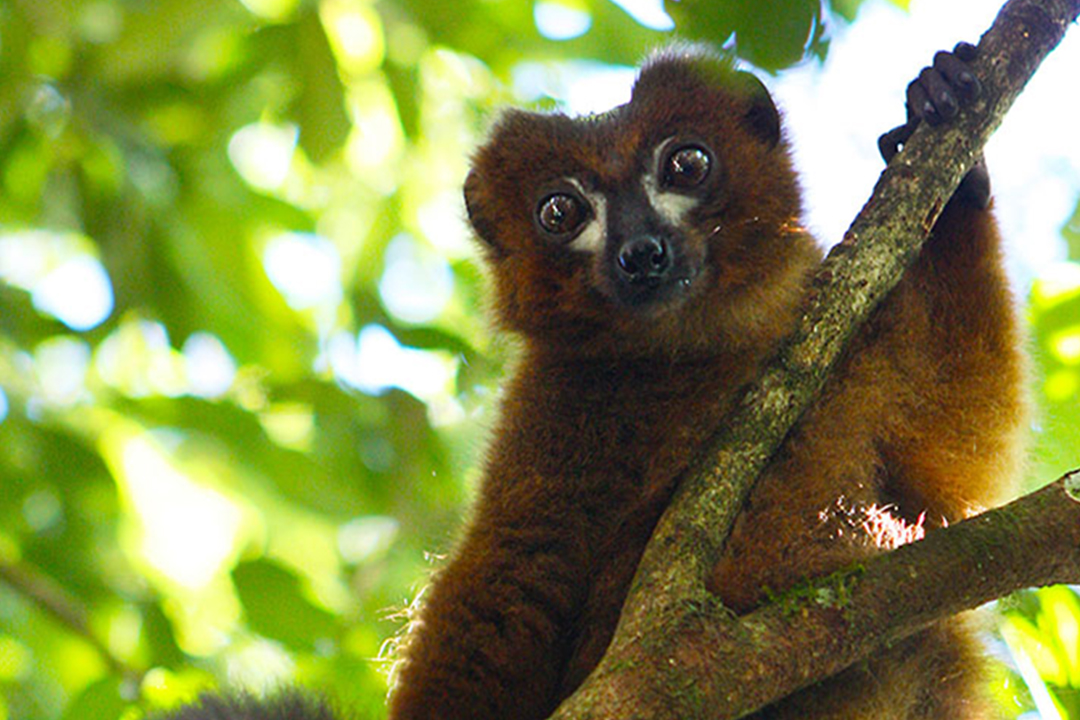 The same facial recognition technology used to catch criminals can now track an endangered species—and possibly save it from extinction.

A team of researchers led by Rachel Jacobs, a biological anthropologist at GW’s Center for the Advanced Study of Human Paleobiology, has developed a computer-assisted recognition system that can identify individual lemurs in the wild by their facial characteristics. The facial recognition method has the potential to redefine how researchers track species while aiding in conservation efforts for the world’s most endangered mammals.

Dubbed LemurFaceID, the system identifies individual animals based on photographs with 98 percent accuracy, according to Jacobs, a lead author of “LemurFaceID: a face recognition system to facilitate individual identification of lemurs” published in BioMed Central. In addition to answering evolutionary questions about lemurs, the technology may ultimately lead to the creation of a database of red-bellied lemurs in Madagascar for long-term research.

“The ability to consistently study individuals over long periods of time, as well as integrate data across different studies, are some of the challenges we face when studying wild animal populations,” Jacobs said.

Evolutionary studies require long-term life history data on known individual animals to answer questions related to survival, reproduction and population growth. Previous efforts to track wild lemurs often required researchers to trap and physically tag them—an inexact method that Jacobs and her colleagues hoped to improve on with the help of computer scientists. In contrast, LemurFaceID offers a non-invasive, fast, cost-effective and accurate way to conduct studies by uploading photos of the lemurs to the system, Jacobs said.

Lemurs were named the world’s most endangered group of mammals in 2012. LemurFaceID can help create records of how many individual lemurs there are in a population and what kind of social system they live in. It could also help track trafficked lemurs taken from the wild.

Jacobs believes LemurFaceID could serve as a model for tracking other species, and in some cases, could replace physically tagging animals. “We think this method could be applied to studies of species that have similar variation in hair and skin patterns, such as red pandas and some bears, among others,” she said.