With scientists, activists and the public split over the value of animal testing, Philosophy's David DeGrazia hopes to guide them toward common ground.
July 10, 2019 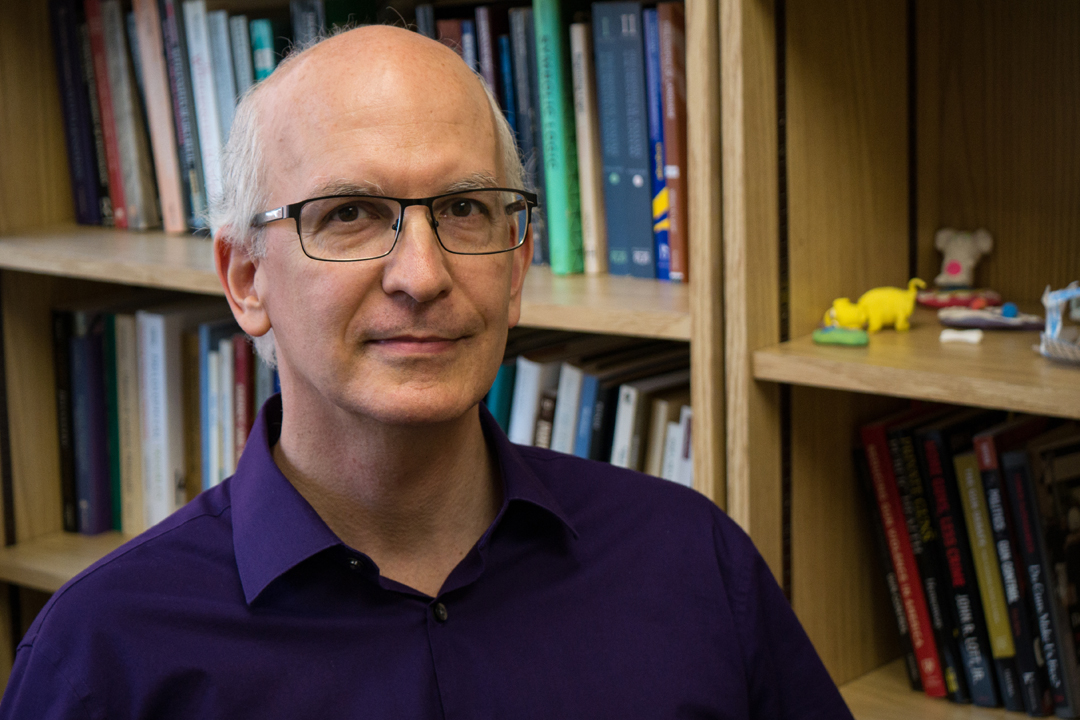 When is the use of animals in biomedical research justified—and when does it go too far? What is the trade-off between scientific experiments that may harm animal subjects—and the possibility of breakthrough treatments for diseases like cancer and HIV?

Those are questions that Elton Professor of Philosophy David DeGrazia has asked for decades—as a preeminent scholar and educator with specializations in animal ethics and bioethics, a Senior Research Fellow at the National Institutes of Health (NIH) and the author of numerous books including Taking Animals Seriously: Mental Life and Moral Status.

Now, in an upcoming book coauthored with Georgetown Professor of Philosophy Emeritus Tom Beauchamp, DeGrazia lays out a new framework of ethical principles that emphasizes concepts like weighing the benefits of animal research against the costs, ensuring animals’ basic needs and avoiding “unnecessary harm.” He hopes these standards will be adopted by the research community and become a condition for funding from public grant-makers like NIH.

“An explicit ethical framework can improve science, improve animal welfare and improve public acceptance,” DeGrazia said. “We can pursue the objectives of science while making those goals compatible with animals having decent lives.”

‘All Over the Place’

Animal testing has long been a hot button issue, pitting animal rights groups’ claims that the practice is inhumane against researchers’ insistence that it is vital for scientific advancements. But Americans are largely divided. Pew Research Center polls have recently suggested that just over half the public opposes the use of animals in research.

But it’s difficult to determine the extent of animal experiments in the United States, much less worldwide. The United States Department of Agriculture (USDA), the agency that enforces animal welfare regulations, reports that fewer than 1 million animals are used in research each year. But that number doesn’t include rats, mice and birds. Estimates for the total figure range from between 12 and 25 million to over 100 million.

In 2017, biannual USDA statistics showed a 7 percent increase in animal research from 2015. But in the last year, animal activist groups have scored key victories. Congressional action halted monkey and dog studies at several top U.S. research facilities. And lawmakers directed both the NIH and the U.S. Food and Drug Administration (FDA) to produce reports detailing how scientists use the thousands of nonhuman primates in their research centers. In 2019, the FDA shut down a study of nicotine addiction in monkeys and the Trump administration banned most dog experiments at the U.S. Department of Veterans Affairs—both over the objections of scientists.

Today’s research landscape is “all over the place,” said DeGrazia, who emphasized that he was speaking only for himself and not for NIH or any other federal agency. “A lot of it is relatively benign. Some is mildly troubling but may be justified based on the potential benefits. And some is very troubling.”

In 1966, the federal Animal Welfare Act outlined standards of care for animals in research. The law has been updated frequently, but it still applies only to mammals other than rats, mice and farm animals. Overall, according to DeGrazia, there has been relatively little change in animal research standards since the mid-1980s.

The mainstream scientific community has traditionally been guided by a 1959 protocol known as the “3R’s.” It advises scientists to replace sentient animals whenever possible; reduce the number of animal subjects; and refine techniques to minimize pain and distress.

But while the 3R’s were a major step in promoting animal welfare, DeGrazia said the guidelines are insufficient today. His and Beauchamp’s new framework, he noted, fills in many of the older standard’s gaps. It is based on the assumption that sentient animals—vertebrates and cephalopods, not insects or plants—have a moral status and any justification for harming them must appeal to substantial social benefits. To reach that bar, researchers must demonstrate that the prospect of social benefit exceeds the costs—which may include the death of the animal—and that no alternative method is available, like mathematical models, computer simulations or even direct human trials

The framework’s prohibition of “unnecessary harm” may seem like common sense. But DeGrazia stresses that it encompasses not just the scientific procedures themselves, but also the housing, handling and transport of animals—traditionally a blind spot in research ethical standards. He also calls for an expanded understanding of animals’ basic needs, beyond food, water and shelter to adequate exercise, sufficient rest and access to veterinary care.

“Once you recognize that many animals are sentient beings who have a subjective life and interests, then I don't think there's any good reason to exclude them from moral consideration,” he said. “We are trying to be appropriately responsive to the value that animals have.”

While both sides of the debate have occasionally regarded DeGrazia with skepticism, he believes they aren’t as far apart as they seem.

“The field of animal ethics has grown so much and public opinion has become so much more informed that there is a lot of room for nuance, as opposed to just polarized positions,” he said.

After his book is published, DeGrazia’s next step will be continuing to meet with research organizations and public funding agencies to adopt his framework as a scientific standard. He hopes the guidelines will be acceptable to both scientists who can acknowledge that animals have moral status and animal protectionists who are willing to consider individual studies on their merits.

“We are trying to find common ground and build a framework that nearly anyone can buy into,” he said. “This isn’t about being purists. It’s about building bridges.”