Geography’s Vera Kuklina will lead a $3 million National Science Foundation exploration of how the changing climate is altering the lives of Arctic communities—and impacting the world.
October 13, 2021 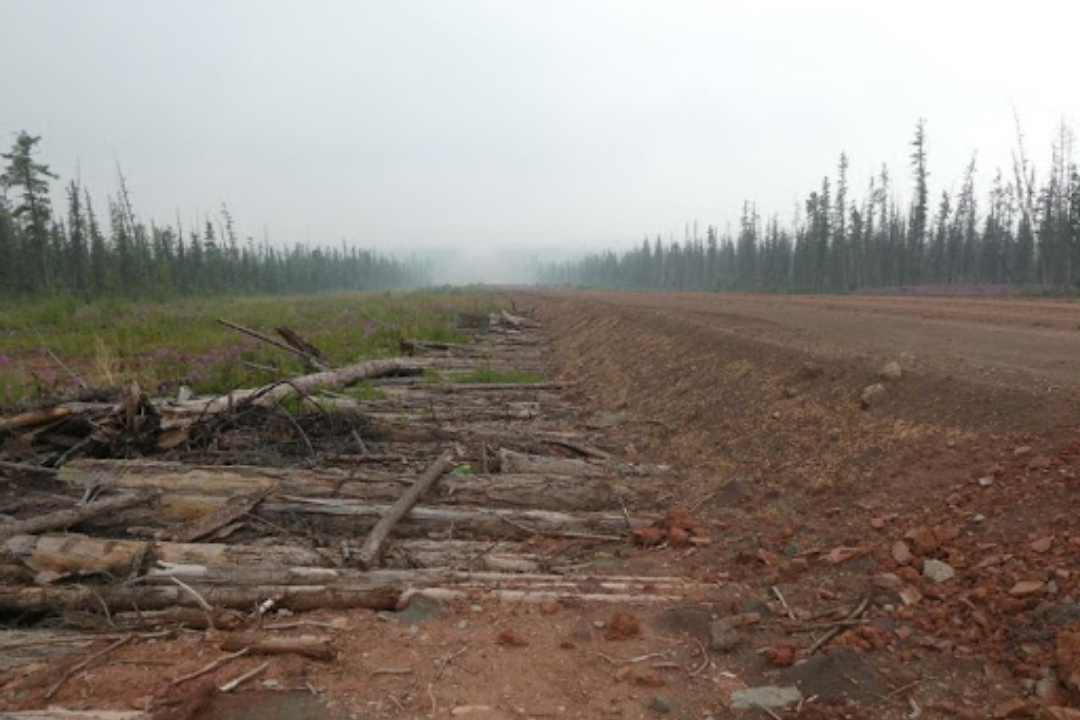 A road in the Irkutsk region of Russia is built on thawing permafrost with logs used to stabilize frozen ground. The horizon and sun are obscured by smoke from wildfires. (Photo: Stanislav Podusenko)

Vera Kuklina, a research professor in Columbian College’s Department of Geography, will lead a team of researchers in a National Science Foundation (NSF)-funded investigation of the shifting Arctic landscape’s impact on Indigenous peoples and local communities. The GW team will work with researchers from Alaska Pacific and Arizona State Universities and the Universities of Alaska Fairbanks, New Hampshire and Northern Iowa. The scientists will also partner with Alaskan and Russian residents directly dealing with the consequences of climate change.

The five-year, $3 million collaborative project, titled “Frozen Commons: Change, Resilience and Sustainability in the Arctic,” will examine the effects of changing ice, snow and permafrost on the infrastructure and daily lives of Arctic populations. It will combine research data from climate scientists with observations from people living and working in the region, such as hunters, fishermen and Indigenous artists. The plan is to provide a range of perspectives on the cultural, social and economic implications of climate-induced environmental change in the Arctic.

“Ice melting, permafrost degradation, changing snow seasons—these processes affect the world,” said Kuklina. “These local and Indigenous communities have long-term observations which are usually underestimated but are relevant on a local and a global scale.”

“Frozen commons” are defined as ice, snow and permafrost landscapes collectively “cared, shared and managed” by the region’s Indigenous peoples, local communities, governments and non-local stakeholders, Kuklina said. Melting ice and snow and thawing permafrost are all evidence of amplified Arctic climate change. The NSF-funded project will examine the sustainability of frozen commons under changing environmental conditions to assess the resilience of Arctic communities, which are highly dependent on cold and frozen conditions. “We need to see how exactly they deal with the frozen commons to understand how to better relate to this physical matter and make it more sustainable,” Kuklina said.

With community-centered research in Alaska and Siberia, the interdisciplinary project converges science, arts and the experiences of local and Indigenous people. All of the project stakeholders—including natural and social scientists, local residents, Indigenous peoples and governments—will be involved in research design, data collection, analysis and dissemination of results.

Kuklina, who was raised among a nomadic, Mongolian-speaking minority in Russia, stressed the importance of including local community members’ involvement in her research. “From the beginning, they will help us formulate questions to make [the project] more community and culturally-appropriate as well as scientifically grounded,” she said.

GW graduate and undergraduate students will also be involved in cutting-edge geographic research opportunities such as participating in fieldwork in remote Arctic communities.