Blind from birth, John P. Benison, BA ’93, has triumphed over life challenges. Now a federal civil rights leader, he credits his success to his parents and his experience at GW, which he attended with the help of scholarship support.
August 10, 2022 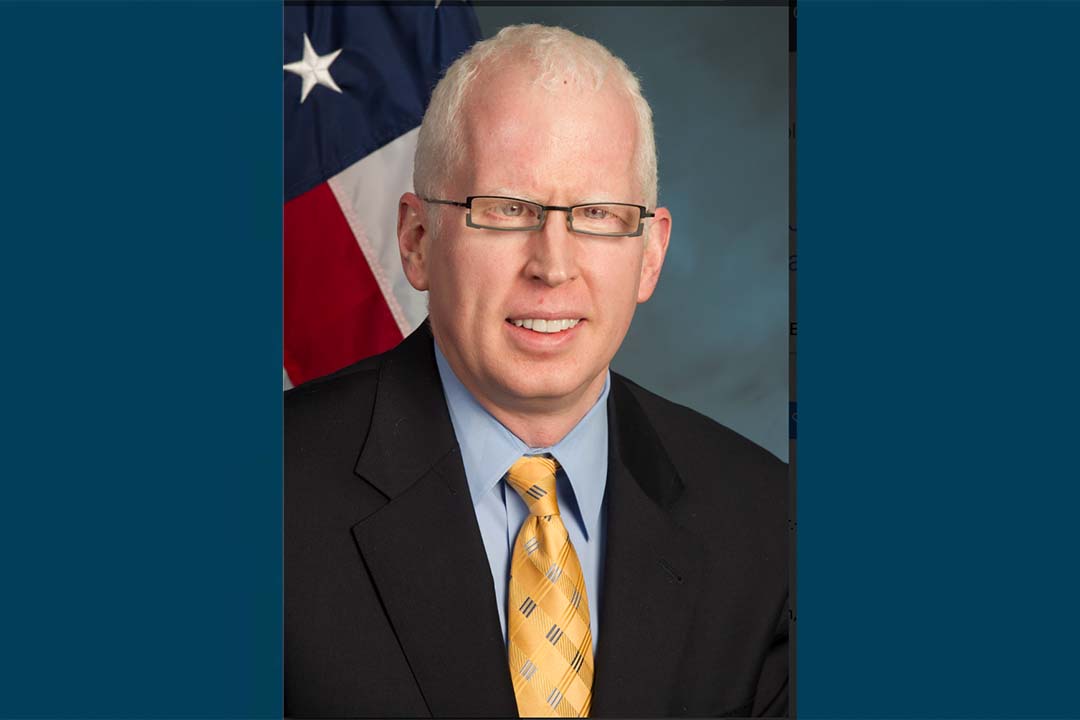 John P. Benison, BA ’93, remembers the moment he knew he had found a home at GW.

In his sophomore year as a communication major, his parents visited Foggy Bottom. Benison and his family were especially close. In high school, as a blind person and gay man who had yet to come out, Benison struggled with his confidence and leaned on his mother and father’s steadfast support.

At GW, Benison threw himself into the community. He served with the student government, helped establish a disability awareness week, joined an LGBTQ advocacy group and found friends in a fraternity. Even after graduation, he stayed involved as a young alumni trustee. The recipient of GW scholarships, Benison also became an alumni scholarship donor.

As he escorted his family around the campus that 1990 afternoon, Benison was approached by nearly a dozen friends and faculty members, all eager to meet his parents and compliment their son. “Professors, administration officials, fellow students—they all wanted to shake our hands and say hello,” he recalled. As his mother and father beamed with pride, Benison said to himself, “This is the place where I fit in.”

For Benison, coming to GW was a life-changing experience—one he credits with boosting his self-esteem and preparing him for his future roles. Today, he’s a leading civil rights administrator with the Federal Aviation Administration (FAA), who has shaped federal policy and even briefed President Barack Obama. He’s a veteran of nine marathons. And he’s a proud, openly gay man and the father of an adopted 8-year-old daughter.

“I had a strong support system— my family and at GW—so I never felt like there was anything I couldn’t do,” he said. “I would not be the person I am today were it not for my mom and dad and my time at GW.”

Benison has been legally blind since birth, the result of a genetic condition called ocular albinism. Growing up in Worcester, Mass., his parents championed his achievements. He remembers his father, who passed way in 2000, reading newspapers with him on their front porch and encouraging his interest in government. “My dad really wanted me to come to Washington, D.C.,” he said. Indeed, the family visited GW when Benison was 11—where he declared “I'm going to go to school here.”

Still, Benison confronted barriers as a teenager. While visiting a small college in New Hampshire, an official told him that, despite his good grades, the school would not admit him. A blind person wouldn’t be successful here, the official insisted. And the school didn’t want to be responsible for Benison’s low self-esteem when he failed.

“That was when reality set in for me as a young man that I was going to face these challenges throughout my life,” he said.

Today, about 2 percent of the more than 3,600 students registered for support with the university’s Disability Support Services Office are visually impaired. Each has access to individualized services that include audio-recorded, brailled or electronically formatted materials, and in-class scribes for note-taking assistance. Other support measures include an assistive technology lab in Gelman Library and two separate scholarships for students who are blind or have low vision.

“Every student presents with a different set of circumstances. Our goal is to have an individualized response for each student that comes through our doors,” said Caroline Laguerre-Brown, vice provost for diversity, equity and community engagement. “We want to make sure we fully explore what their needs are and how we can remove any barriers to access to our educational programs and services.”

After graduating GW, Benison stayed in Washington where he has enjoyed a distinguished career in government. In his FAA position as assistant administrator in the Office of Civil Rights, he is responsible for assuring implementation of civil rights, equal opportunity and diversity precepts for over 47,000 employees and recipients of federal assistance. He advises federal agencies such as the Office of Personnel Management and the Departments of Labor and Justice. And in 2015, after transforming the Department of Housing and Urban Development’s equal employment opportunity program, he briefed President Obama as part of a White House advisory group.

A nervous Benison spent a sleepless night before the briefing—and even cut himself shaving that morning. “But I calmed down and briefed the president without my voice shaking. It was the coolest thing in the world,” he recalled. Walking home from the briefing, Benison immediately called his mom. “You’ll never believe what I just did,” he told her.

Throughout his career in government, Benison has frequently been guided by a phrase used in disability employment settings: Give me the right to be fired. “Don’t determine that because I have a vision disability that I can’t do something,” he said. “Give me the tools and give me a chance. If I’m not successful, so be it. But it’s unfair to make the determination that I’ll fail without giving me the opportunity to try.”

Benison continues to support the university, including attending on-campus events with his daughter Sadie and encouraging other young people with visual impairments to consider finding their own home at GW.

“I want them to have the exact same experience I did,” he said. “I want them to be in a place that is welcoming and accessible, where they can thrive and have a great life.”