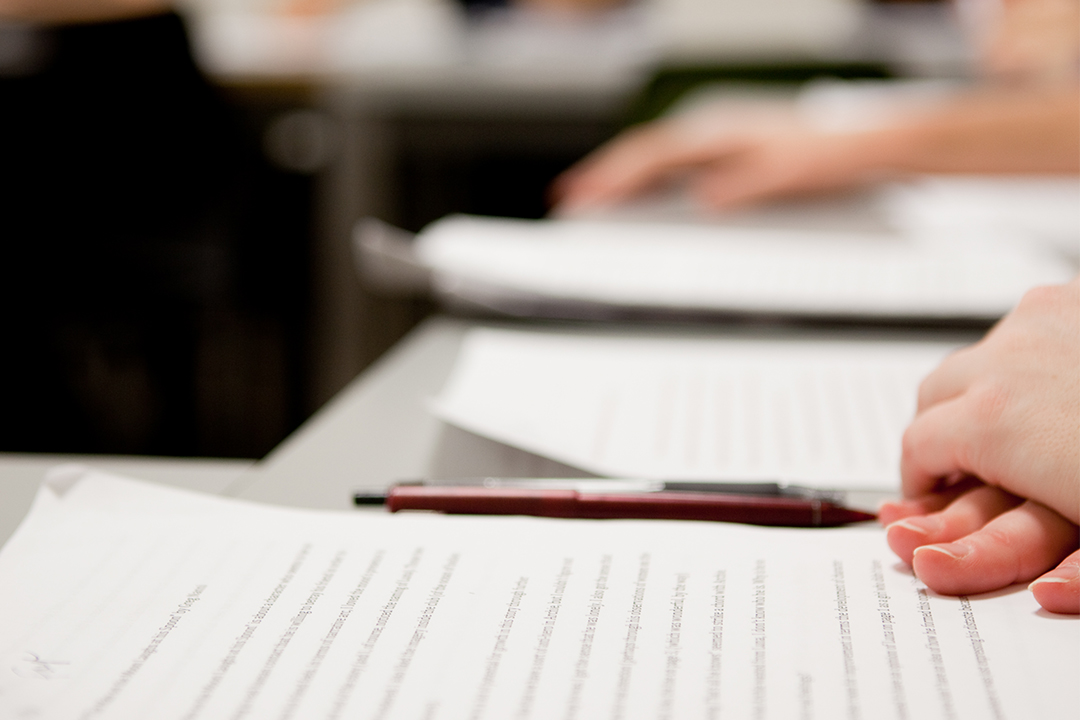 Over the last year, we have seen American youth speak up, protest and mobilize in new ways, on a range of issues that have generated turmoil, and, at times, blood—from gender equality to anti-racism rallies to, most recently, gun-control. Their engagement brings to mind Columbian Colleges’ dynamic vision of the “engaged liberal arts”—a vision, as Dean Ben Vinson articulates, that “emboldens our students to be citizen leaders who are ready to tackle whatever the 21st century may bring with the highest ethical and moral compass we can provide.”

Inspired by this vision of engagement, I reimagined one of the literature courses I teach to better connect my students’ intellectual explorations in the classroom with the worlds they inhabit. This involved new public writing projects that send students’ voices and opinions out into the public sphere and link the liberal arts with civic engagement.

By way of background, I am a specialist of global and postcolonial literature and cinema and one of my seminars explores memoir, race and feminist theory, documentaries and film to rethink the representation of race and gender in the 21st century in a comparative, international context. The course is for English graduate students, but it has attracted students from beyond the English Department, including students from American studies, Asian studies, Anthropology and other departments.

Usually the students in this graduate seminar devote most of their time to writing research papers, which are often potential scholarly articles-in-the-making. But I did a lot of thinking about how my courses could engage in the world we live in today. How could the reading and writing assignments resonate with the college’s vision? How could I help translate the animated conversations of my students into engagement? The answer: include more public forms of writing.

In 2016, I participated in a one-day workshop on how to write an op-ed run by The Op-Ed Project. The project revolves around a fundamental idea: “Whoever tells the story writes history.” Aiming to combat the serious imbalance in terms of gender and race when it comes to the publication of op-eds, the project offers resources that it hopes will change an “echo chamber that reproduces the same narrow range of (85 percent male) voices.” Motivated by this message and mindful of the engaged liberal arts, I decided my students’ voices needed to be heard beyond my classroom. Instead of the traditional weekly reading response papers and long research paper, students were encouraged to write op-eds or letters to the editor about the issues that were close to their hearts.

The results have been astonishing and exhilarating. I have been delighted to see the range and quality of the material that the students have written on issues that matter to them. Their words are powerful and hard-hitting; their submissions are honest, fresh, at times deeply personal, always very smart and politically resonant. To date, four students have successfully published an op-ed and several letters to the editor in diverse venues, from their local hometown newspaper to the Washington Post to scroll.in.

Despite some initial anxiety, students are excited about this new mode of writing. They are now forging creative connections and instigating new conversations between the texts they read in the course, and the lived political communities they inhabit.

As the students in this course are mostly made up of a diverse group of women, I am especially pleased that their voices are being heard in public discourse. Their delight at their and their peer’s success in getting published, or even in writing and sending out a finished piece of their considered opinion on a social justice issue close to their heart, has been my best reward. As one of them recently wrote to me when her letter to the editor was published in The Washington Post, “I want to take the time to thank you for pushing us. I have never had anything published and it feels pretty good!”