In her latest book, History and WGSS professor Sara Matthiesen examines how Roe v. Wade impacted the decision to raise a family—and whether the Supreme Court is poised to make that choice harder than ever.
February 10, 2022 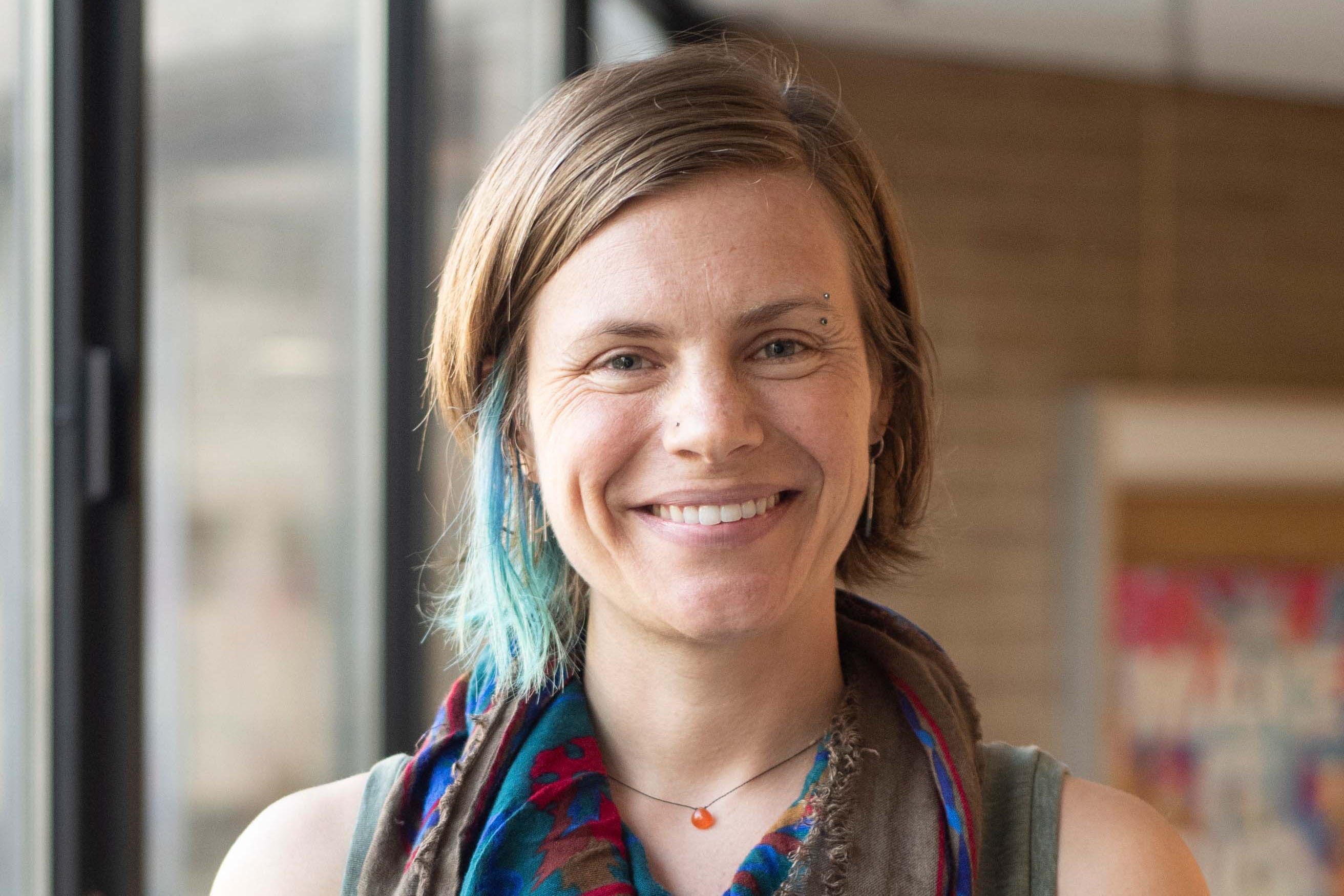 In 1973, the landmark Roe v. Wade decision redefined Americans’ concept of choice. When the Supreme Court judgment legalized abortion, women won the right to control their reproductive freedom and choose not to have children.

But as Sara Matthiesen, assistant professor of history and women’s gender and sexuality studies, emphasizes in her book Reproduction Reconceived, Family Making and the Limits of Choice after Roe v. Wade (University of California Press, 2021), Roe also transformed a second choice: having children.

“Every choice has at least two outcomes,” said Matthiesen, a historian of gender and sexuality and an expert on reproductive politics. In her book, she argues that Roe’s “other” choice—child- rearing—has become as imperiled as the right to abortion. With the fraying social safety net and worsening inequalities, vulnerable populations—such as the incarcerated, working class and poor parents and communities of color devastated by diseases from AIDS to COVID-19—are finding that “family-making” is less of a viable choice than ever. “The reproductive rights battle doesn’t start and end with abortion,” Matthiesen said. “There is also a story to be told about how difficult we make it to have and raise children in this country.”

Now, with the Supreme Court seemingly poised to either overturn Roe or severely curtail abortion access, Matthiesen spoke with CCAS Spotlight about how women in both circumstances may ultimately find they have no choices at all.

Q: In your book, you shift the conversation on reproductive choice to focus on the choice to have children. Why was it important to follow that route?

A: The quintessential reproductive right is usually understood as the right to not have children. The word “choice” has practically become a euphemism for the word “abortion.” I wanted readers to extend their realizations of what is happening in the abortion rights realm to conversations about what it entails to have and maintain a family.

There’s been a lot of discussion within abortion rights organizations about how “choice” is becoming a misnomer. If you can’t actually access abortion, then choice is a pretty meaningless concept. But the same recognition hasn’t been extended to the choice to have children—and especially the choice to raise them under the conditions you choose. We don’t actually have access to what Black feminist activists termed “reproductive justice” in the 1990s if wanted children aren’t able to be raised in safe and healthy communities.

Q: You detail how, as Roe was solidifying the choice to have children, it was simultaneously becoming harder to be a parent—especially for the most vulnerable populations.

A: Roe arrived at a time of increasing inequality across a number of metrics. A key signpost was the diminishment of the social safety net in terms of issues like welfare retrenchment. There was also the beginnings of what we now refer to as mass incarceration. It was the dawn of the AIDS epidemic and the federal neglect around that disease. And it was a time of heightened conservatism around gender and sexuality that negatively impacted queer families attempting to navigate what it means to build a family outside of the heterosexual nuclear structure. Obviously, Roe didn’t make those engines of inequality happen. But it’s important to pay attention to the major shifts that surround Roe if we are going to be clear about how much choice it did and did not deliver.

Q: And certainly those conditions haven’t improved for those populations today.

A: In many ways, the pandemic has introduced wide swaths of society to the challenges of why it’s so hard to have a family. Most people who have to go to a job and take care of small children are actually confronted with choosing between two jobs. The book is also asking people to think about additional challenges. What if you’re trying to maintain custody of your child through the duration of a prison sentence? What if you are dealing with an illness and you also have child care responsibilities? What if you are pregnant and you don’t have access to medical care or you can’t get prenatal care? The debate in Congress over the social infrastructure bill has highlighted the anemic version of social welfare that we now have. That tension has existed for many decades, but I think it is coming to a head precisely because of Roe’s vulnerability.

Q: If, as many expect, the court overturns Roe this summer, what will the impact be for women who would chose to have children—as well as for those who wouldn’t?

A: In some ways, the people who are parenting are already the ones who are most suffering from the restrictions on abortion. Most people who seek abortions already have at least one child and they don’t feel they have the financial security to raise another. Those people will continue to bear the brunt of Roe’s falling. We will go back to a situation where well-resourced and well-connected people can get abortions, as they did before Roe. And those who are already feeling the burden of abortion restrictions at the state level will have an even harder time.

It’s an obvious outcome that there will be more pregnancies and more families being created in conditions not of their choosing. That sort of un-choosing may be because they can’t access abortions or because they look at their conditions—their low-wage jobs, lousy health care, absence of child care—and think, “How could I possibly have another child?” In either case, for far too many, the ruling would continue turning choice into more myth than reality.