Learning to Live with Nationalism?

In his new book, Political Science’s Samuel Goldman argues America works best not when we deny our nationalistic divide—but when we accept it.
October 13, 2021 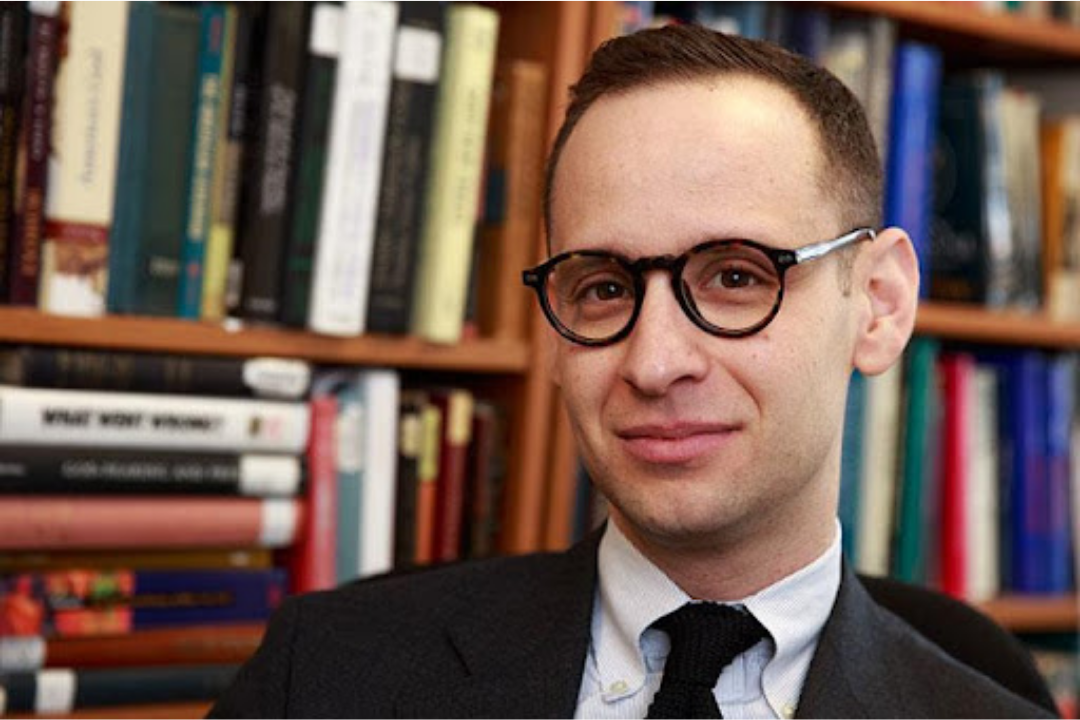 One glimpse at America’s fractured political landscape—from rancorous elections to partisan stalemates to collapsing civic discourse—would convince most observers that nationalism is making a comeback. But Associate Professor of Political Science Samuel Goldman sees it through a different lens: Nationalism isn’t resurgent, he believes. It has always been here.

In his new book After Nationalism: Being American in an Age of Division (University of Pennsylvania Press), Goldman argues that tensions surrounding national identity have always been a central part of the American experience. In a diverse society with deep divides, nationalism is unavoidable, he said.

“The dream of one nation unified by a shared understanding of what it means to be an American is very unlikely to be realized—at least not in the relatively near future,” said Goldman, who is also executive director of the John L. Loeb, Jr. Institute for Religious Freedom.

In a conversation with CCAS Spotlight, Goldman discussed why nationalism isn’t always bad, how it can be managed but never erased and why he fears our current ideological battles will get worse before they get better.

Q: Let’s start by defining nationalism. What does it mean in your book and why write about it now?

A: The nationalism that I discuss in the book is the appeal to a pre-political community defined by shared culture, religion and perhaps some degree of ethnic homogeneity. The book was inspired by the revival of the rhetoric of nationalism in the wake of Brexit and the election of Donald Trump, and was an attempt to figure out what appeals to American identity have meant historically—with the suspicion that they haven’t always meant the same thing at different places and in different contexts.

Q: The book is called After Nationalism, yet it feels like nationalism is stronger than ever.

A: The title is a bit of a tease. I don’t mean that nationalism is dead as a political influence. Quite the contrary, it seems to be very much alive. The point I’m making is not that the language or set of ideas around nationalism is disappearing, but rather that it’s become so contested in its meaning that it’s hard to have a coherent conversation. That’s the phenomenon I’ve observed over the last half decade or so. When people talk about nationalism and national interest and national belonging, they don’t all mean the same thing.

Q: Then what do we actually mean when we talk about national identity?

A: One of the interesting features of the American founding documents is that, even though they appeal to an American people or national identity, they don’t really say what that means. There are only vague criteria for who is in and who is out. So one of the stories of American history has been the attempt to fill in that empty category with meaning. It has arced over time—from, for example, a religiously-oriented understanding of what it means to be American in the colonial period and the early republic to a more expansive vision that believed people immigrating from all over the world can be unified by common struggles in a new land. Of course, the most familiar form of American national identity appeals to shared political principles.

Q: Is nationalism in itself always necessarily bad?

A: Historically many of the great political and social achievements in American history have appealed to a sense of national community and identity—even if those visions have been exclusive and ineffective in different ways. Nationalism becomes a problem if you think the goal of public policy is to make everyone agree with you. Everyone is in favor of nationalism if they’re the ones who set the terms. On both the right and the left, there are delusions that, with sufficient pressure and sufficient hectoring, people who disagree in fundamental ways will simply disappear and their concerns will vanish from public discourse. I don’t think that’s going to happen. There’s an intuition that if we have differences, we need to impose uniformity. My instinct is the opposite—to accept differences instead of pursuing an overarching vision of national unity.

Q: So if nationalism can’t be solved, can it be managed?

A: That’s right. This is a really big country with an enormous number of people of various backgrounds. It is not reasonable to expect that we will enjoy the kind of stability and cohesion that’s possible in much smaller states with very different kinds of history. But, unfortunately, I see our divide getting worse before it gets better. I think the next phase of what some people have called our “cold civil war” is organized campaigns of resistance or noncompliance to national and state mandates. We’re already seeing that to some degree in response to public health policies. Some form of that kind of resistance is likely to lead to some kind of crisis, as it has done in the past. Then we will face an existential question of what we really have in common—if we can still agree to disagree.