The Columbian College of Arts & Sciences (CCAS) honored the Class of 2021 in a special bicentennial year celebration. Our four livestreamed ceremonies showcased graduates of the CCAS doctoral, master's and undergraduate programs.

Among the featured speakers was Marsha Reeves, BA ’79, who encouraged graduates to hold onto their curiosity during times of uncertainty. CCAS Dean Paul Wahlbeck reflected on the challenging past year, sharing his confidence with graduates that "you will bridge what divides us." The video closed with congratulatory messages from alumni, faculty, staff and parents.

GW's university-wide Commencement also featured a look back at the global, national and GW moments that have shaped the class of 2021’s time at the university, and a sendoff from Secretary of the Smithsonian Institution Lonnie G. Bunch III.

In the doctoral hooding, graduates received doctorates in various fields in both the arts and sciences, such as American studies, biostatistics, chemistry, English, history, mathematics, physics, political science, public policy and statistics.

Download your personalized graduation slide — complete with audio announcement of your name — to share on social media or save for your memories.

The Robert W. Kenny Prize for Innovation in Teaching of Introductory Courses is awarded annually to a faculty member in the Columbian College of Arts and Sciences who has shown innovation, creativity and originality in teaching an introductory course in the arts and sciences. The recipient, who is among the most talented of our teachers, teaches an introductory or basic course during the academic year in a novel and innovative way. Professors receiving this award have encouraged their students to think differently, allowing them to take advantage of their academic experience at the George Washington University. The Kenny Prize honors former Dean Robert Kenny and his special dedication to stimulating experiences for GW students and his emphasis on the importance of introductory courses as students undertake their studies in the liberal arts and sciences.

Diane Harris Cline is an ancient Greek historian and an associate professor of history and classical studies at the George Washington University. She won the Morton A. Bender Award for Excellence in Teaching, GW in April 2018, and in May 2017 she won the Columbian Prize for Teaching, awarded by Columbian College of Arts and Sciences. With a BA in Classics from Stanford and her PhD in Classical Archaeology from Princeton, Cline is the author of two books, The Treasures of the Parthenon and Erechtheion (Oxford) and The Greeks: An Illustrated History (National Geographic). She has won two Fulbright awards for research in Greece and is also a triple recipient for NEH grants including a 2020 award from the Office of Digital Humanities. For the integration of the NARA collection into her Digital History course, she won the National Archives 2021 Citizen Archivist Award. In her cross-disciplinary research, she is a pioneer in the digital humanities, applying social network analysis since 2010 to study the social ties in ancient Greece.

Sulvain Guiriec is an assistant professor of physics at the George Washington University and since 2008 an astrophysicist at NASA. His research focuses on transient astrophysical sources and high-energy phenomena. He is a specialist in Gamma-Ray Bursts (GRBs - formation of stellar-mass black holes seen across the universe) and received several recognitions for his research, such as the Young Scientist Prize in Astrophysics in 2015 from the International Union of Pure and Applied Physics (IUPAP) and the prestigious Exceptional Scientific Achievement Medal from NASA in 2017 for "outstanding contribution to the Gamma-Ray Burst (GRB) research field in proposing a new GRB prompt emission model, which solves a long-lasting astrophysical problem, and in devising a relation that establishes GRBs as a new type of cosmological standard candles." Sylvain Guiriec is the deputy principal investigator of the Gamow Explorer mission concept, the project manager of a master agreement that he established between the NASA Kennedy Space Center and GW, and the director and founder of the Physics Department Innovation Lab. Sylvain Guiriec received his PhD in Astrophysics in 2007 from the Montpellier 2 University, France. He obtained a master’s degree in astrophysics, planetary sciences and aerospace science from Paul Sabatier University and the Institut Supérieur de l’Aéronautique et de l’Espace (ISAE/SUPAERO), France. He also has a master’s degree in material sciences, an engineering degree in atomic and molecular modeling and simulation, as well as an engineering degree in aerospace mechanics from the Institut Supérieur des Matériaux du Mans, France.

The Columbian Prize for Teaching and Mentoring Advanced Undergraduate Students is awarded to a regular, full- time faculty member in the Columbian College of Arts and Sciences who demonstrates excellence in the teaching and mentoring of advanced undergraduate students. With this prize, we recognize exceptional achievement in one or more of the following areas of work: teaching an advanced undergraduate course, advising students, directing undergraduate research, designing a capstone experience or mentoring students who achieve departmental honors and other distinctions.

Matthew R. Wilson is an associate professor of theatre in the Corcoran School of the Arts & Design. He serves as faculty advisor for the Theatre BA as well as director of graduate studies for the MFA in Classical Acting, which is offered in partnership with the Tony Award-winning Shakespeare Theatre Company. Dr. Wilson’s creative scholarship has garnered two Helen Hayes Awards and seven nominations as an actor, director, fight director and playwright. His research as a theatre historian includes the forthcoming monograph Commedia dell’Arte in History and Performance: New Play from Old Work from Routledge Press.

The Award for Excellence in Graduate Faculty Mentoring is given to a faculty member nominated by graduate students. Mentoring and advising are crucial to the intellectual life and career trajectories of graduate students across the arts, sciences and professions. A good mentor is a source of wisdom and expertise, an inspiring role model, a compassionate critic, a sounding board, an advocate and a career counselor.

Matthew R. Wilson is an associate professor of theatre in the Corcoran School of the Arts & Design. He serves as faculty advisor for the Theatre BA as well as director of graduate studies for the MFA in Classical Acting, which is offered in partnership with the Tony Award-winning Shakespeare Theatre Company.

Dr. Wilson joined the faculty of the Columbian College of Arts and Sciences as an associate professor of theatre in the fall of 2018. An actor, director and movement/combat choreographer, as well as a published playwright and theatre scholar, he holds a PhD in Theatre and Performance Studies from the University of Maryland, College Park, and has performed and taught at theatres, festivals and universities around the world. He is a two-time Helen Hayes Award recipient and seven-time nominee, whose creative work has been seen not only on the stages of Washington and New York but also in the Netflix original TV series House of Cards. Professor Wilson’s research as a theatre historian includes the forthcoming monograph Commedia dell’Arte in History and Performance: New Play from Old Work (Routledge Press). In addition to the graduate courses he offers in the classical acting program, he teaches performance in the undergraduate theatre and dance program and serves as the faculty advisor for theatre majors and minors.

Graduate students speak highly of Dr. Wilson’s work as an instructor and mentor who goes above and beyond to provide exceptional learning opportunities for his students. He is recognized as an “outstanding educator” who is dedicated to helping students grow as both human beings and practitioners of their craft. One student noted that “his knowledge of theatrical performance, theory and all subfields related to dramatic studies is remarkable. Professor Wilson is equipping me with the knowledge, skills and confidence to meet this work head on. He offers resources to support and continue our personal explorations into any topic.”

Dr. Wilson’s students are especially grateful for the special care he has taken to monitor their progress during the current pandemic. “He is caring for students, not only for their academic success but for their wellbeing,” one student wrote. “He challenges us and gives us the tools we need to meet those challenges. I am so thankful that Matt is advocating for us in this unusual year, and it is truly my honor to have him as a professor, mentor and friend.” 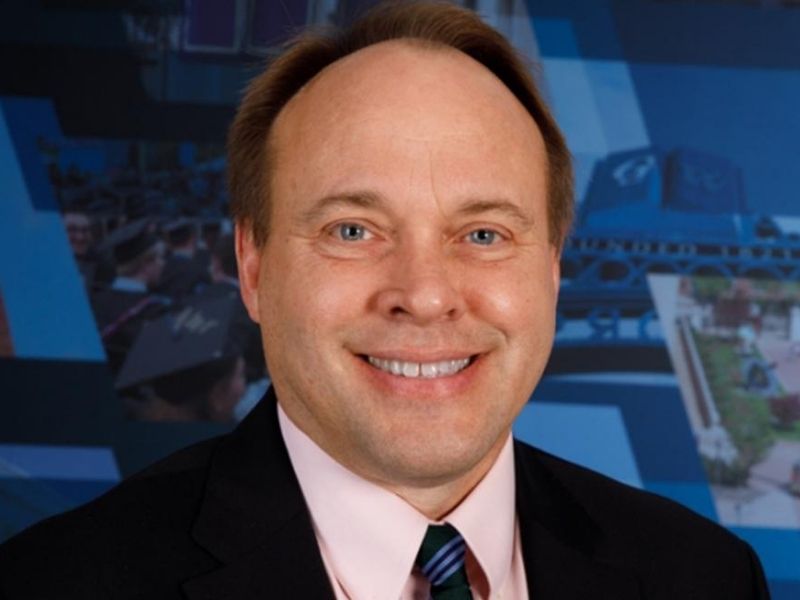 "As a Columbian College graduate, you recognize the power of diversity, and the pressing need for a thoughtful and open exchange of ideas. You appreciate many approaches to arrive at innovative solutions. You're smart, driven, compassionate, socially conscious, demanding and entrepreneurial, and we need you now more than ever."