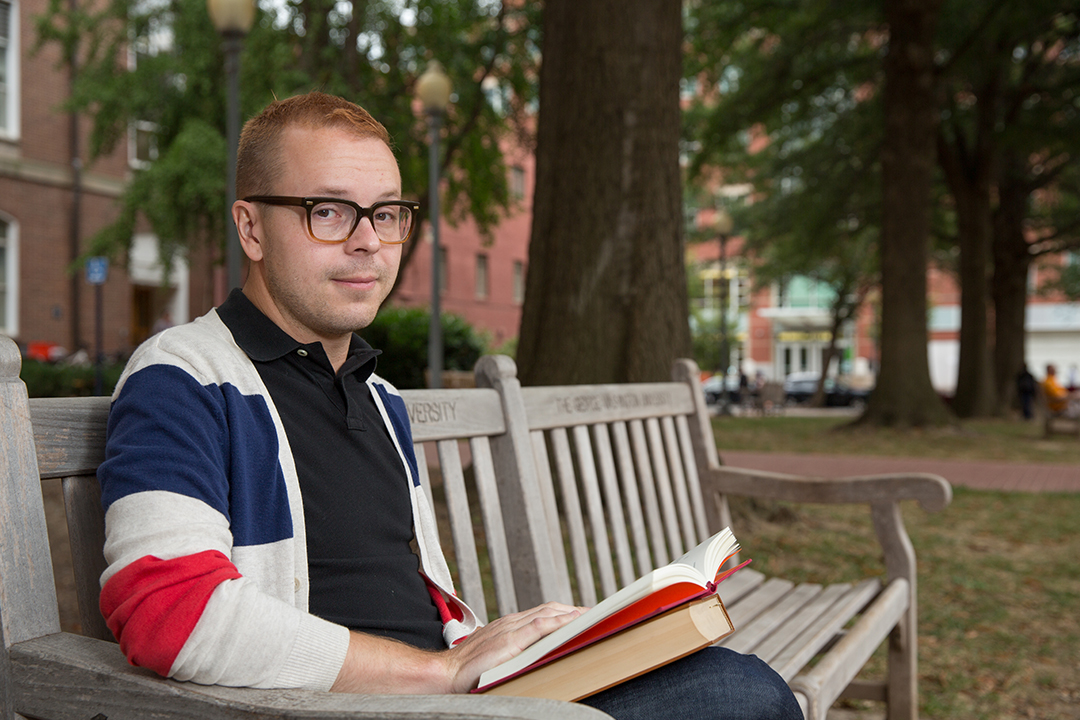 Like many readers, D. Gilson was first introduced to Shakespeare’s Sonnets in a junior high English class. As he flipped through the required reading textbook, Gilson had a fervent response to cherished passages like “Shall I compare thee to a summer's day?” and “My mistress’ eyes are nothing like the sun.”

“Boring!” laughed Gilson, a third-year English PhD student and the author of three books of poems and essays. “It was like ancient literature to me.”

As Gilson matured as a scholar and writer, however, he grew to appreciate the Sonnets’ musical rhythms and vided imagery. But in the back of his mind, that nagging 7th grade question still lingered: Were these 400-year-old poems relevant to modern readers?

Couldn’t Shakespeare use a shake-up?

What started as a subversive suggestion led Gilson to stage a literary rebellion—and bring 154 students, writers and academics along for the ride. For more than a year, Gilson scoured social media and exhausted his contacts while soliciting poems, essays and artwork, each corresponding to one of Shakespeare’s 154 sonnets. He whittled through more than 300 submissions and collected the final selections in the just published Out of Sequence: The Sonnets Remixed (Parlor Press), a book that both honors the Renaissance poems—and turns them inside out.

The Columbian College English Department is well-represented in Out of Sequence, with poems by two professors and four PhD students. For some, stepping into Shakespeare’s footsteps was both thrilling and intimidating. “There is a vivacious excitement and a radical politic about the project,” said Samuel Yates, a first-year PhD student. “Our society puts Shakespeare on such a pedestal that approaching him in a new light is a little dangerous.” While Shakespeare’s shadow loomed over the project, fourth-year PhD student Maia Gil'Adi said she didn’t try to live up to his literary legend. “He’s the greatest writer in the English language,” she said. “It’s not like anyone will compare my work to his.”

Yates doesn’t consider himself a “capital P poet,” as he puts it. With a background in drama, he approached his assignment—adapting Sonnet 83’s story of two lovers, one who refuses to praise the other—as an unfinished play in need of a second act. “I wanted to extend the poem and see the fall out of their drama. If the curtain fell after this sonnet, what would be the next scene?” he said. His Sonnet sequel, entitled Wagon, imagines the failing relationship dissolving into a "multicar pileup.”

Perhaps the most unusual entry is Associate Professor of English Jonathan Hsy’s The Poem That Should Not Exist. A Chaucer scholar who had never written a poem before, Hsy responded to Gilson’s Facebook-call-for-submissions as a “thought experiment,” he said. Hsy often asks his students to translate Chaucer into modern English. “I took on my own challenge to retro-translate Shakespeare into Chaucer,” he explained. The arduous task of converting a 1609 poem into 1400s language was “like playing verbal Tetris,” Hsy said. “I went line-by-line. I had to make sure that all the words, spellings and concepts existed in Chaucer’s 15th century. If they didn’t, I had to search out their equivalent.” Spurred by the language puzzle, Hsy is planning a retro-translation exercise for his graduate-level Chaucer class. “I won’t tell them where the idea came from,” he joked. “That could make D. pretty unpopular around here.”

In addition to the print version, an online edition of Out of Sequence appears in the literary journal Upstart.